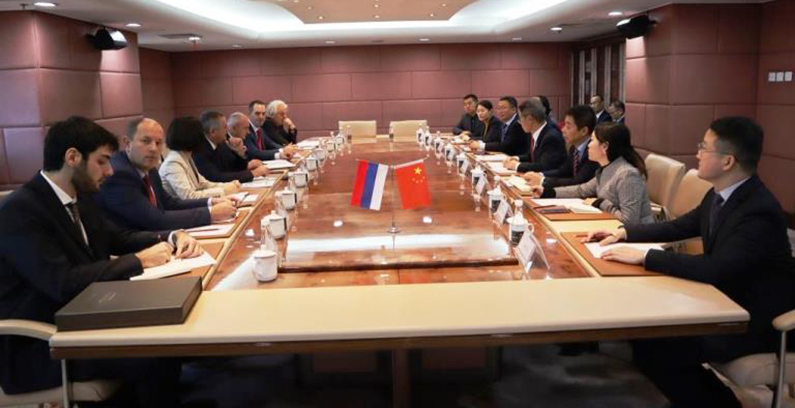 Republic of Srpska Prime Minister Radovan Višković has signed an initial agreement on the instalation of three hydropower plants in Bistrica with a total capacity of 45 megawatts. The task was taken over by AVIC-ENG-China National Aero- Technology International Engineering Corp.

Višković said in China, where he was on a working visit, that the Bistrica project is worth 100 million euros. He added that a feasibility study for hydropower plants would be drawn up, and with that authorities will seek potential creditors.Prime Minister revealed that the agreement deadlines for this are from six to nine months.

The airport and the pipe factory are in play

The two sides also agreed that the Chinese giant will begin construction of a pipe factory in nearby Foča. According to Višković, AVIC will also cover a feasibility study for the construction of the Trebinje airport, and if the project goes through, that infrastructure complex will be taken over by the interstate company. He led delegation which included Minister of Energetics and Mining Petar Djokić and director of mixed holding “Elektroprivreda Republic of Srpska” a.d. Luka Petrović. Republic of Srpska Prime Minister also met with representatives of the ICBC(Industrial and Commerical Bank of China Ltd.).

Višković said that the government is awaiting a response from this lander, one of the largest in the world. adding that the authorities will start working on lending documentation for this project.

Višković noted that AVIC would completely control production of pipes. He suggested to future partners that they also make gas pipes and that they could make flat glass of quartz sand from Bratunac site. In addition, he said that they suggested to them cooperation between theirs dedicated industry companies and AVIC defense complex.

China has committed grants to Srpska

According to the Prime Minister, the issue of prepared grants from China to BiH and Republic of Srpska should be raised.

Republic of Srpska plans to raise the total of 180 megawatts of Buk Bijela, Foča and Paunci, togheter with Serbia. For those hydropower plants, a memorandum of cooperation was signed with AVIC in 2017.