Under the EU Green Deal from 2019, the EU member states obliged to aim for a considerable reduction of the emission of harmful gases in transport, setting the goal and the expectation for the emission to be reduced 55% by 2030 and as much as 90% by 2050, all relative to 1990.

– This means that we must rely on alternative fuels and that is why electrical energy is becoming an important fuel in transport, especially passenger traffic – Boris Dumnic, the vice dean of academic affairs at the Faculty of Technical Sciences in Novi Sad, said in the introductory part of the panel on electric mobility at SET.

What the EU member states obliged to under this deal has led to the fact that there are now over 17 million electric vehicles worldwide. In Europe last year, each tenth sold car was either a hybrid or an electric vehicle, with a projection that, in 2030, these vehicles will comprise 30% of the total sales of cars.

– The numbers are incredible. If you want to use such vehicles, you need to set up the charging infrastructure. At the moment, on a global level, we have around 200,000 registered public charging facilities, with a projection that there will be three million in 2030. Our region is nevertheless lagging behind Europe. In most countries of the region, the share of sold hybrid vehicles is below 5%, whereas in Europe it is 12-13%. In our region, the percentage of the sale of purely electric vehicles is below 0.5% – Dumnic clarified.

All this has incited the countries of the region to initiate the process of the development of electric mobility, so the Ministry of Foreign Trade of BiH decided to form the Work Group for Electric Mobility, in which all representatives of the institutions from the entities and the state are taking part, pointed out Tamara Bajkusa, the president of the Work Group for Electric Mobility at that ministry.

– The activities of this group are also supported by international organizations, primarily the Energy Community, whose help means a lot to us, as well as GIZ, the regional open fund for Southeast Europe, and the UNDP. We want to create a platform where the experiences with electric mobility will be exchanged and to create a basis for the preparation and drafting of policies and measures for the development of this field, so that it would be functional in BiH as well. With the help of the UNDP, we are working on the Study of Electric Mobility in BiH and we expect it to be finished this summer.

The study, Bajkusa, says, will provide an overview and an analysis of the current market, as well as the institutional framework, but also a proposition of policies and measures for the future. 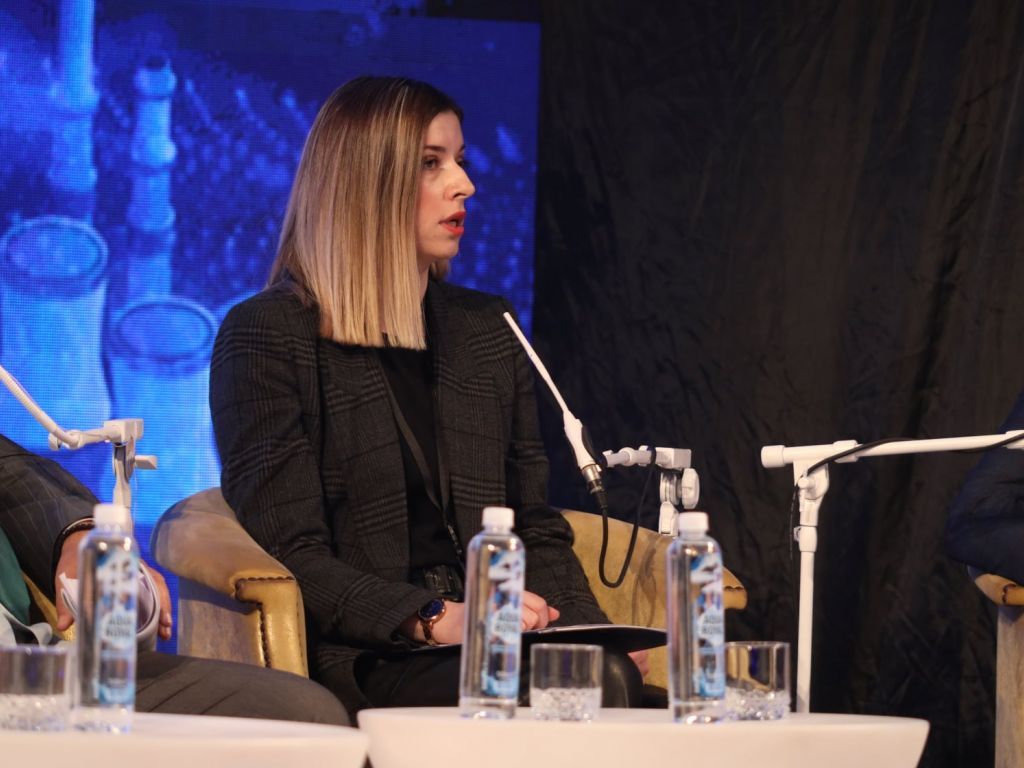 – It will provide an answer to the question of the minimum infrastructure necessary for electric mobility to take root and an analysis of business models for how to use charging facilities and which billing model to use to regulate this – Bajkusa pointed out.

In late 2017 and early 2018, Elektroprivreda BiH created its Study of Electric Mobility and is the only of the three power companies in BiH to have such a study. They have a body which deals with that question and some results have already been achieved, Suada Penava, the head of the expert team for e-mobility at EP BiH, said at the panel.

– In 2018, the market didn’t exist, and it doesn’t exist now either, because there are only 72 registered passenger cars in BiH at the moment, so this is not the right time to go for any major investments such as the construction of charging facilities, because the infrastructure is our priority in this field. We have the finances, we can’t even spend them, because administrative issues regarding the obtaining of location requirements are a barrier, and we are additionally restricted by the public procurement law. Of about 100 locations with charging facilities, most of them, according to our findings, do not have any kind of a permit. The first seven charging facilities that we made were on our land, next to our business facilities, and those are AC chargers of 22 kilowatts. Recently, we also put into operation a DC charger of 93 kilowatts on a highway. That is a project that took over a year, due to the permits. We see ourselves in this in the long term, but we don’t know the future dynamics of the whole process – Penava said.

She says that nobody has yet addressed them, as Elektroprivreda BiH, to connect chargers, which are mounted on the existing installations in private facilities, within the approved peak power, so they don’t feel the need to address them.

– However, it would be good if they notified us, so that we would know they’re there, due to potential problems – Penava pointed out.

Of the 140 chargers in BiH, Porsche BH installed or donated around 90, pointed out Jasmin Luckin, the project manager for e-mobility at Porsche BH. 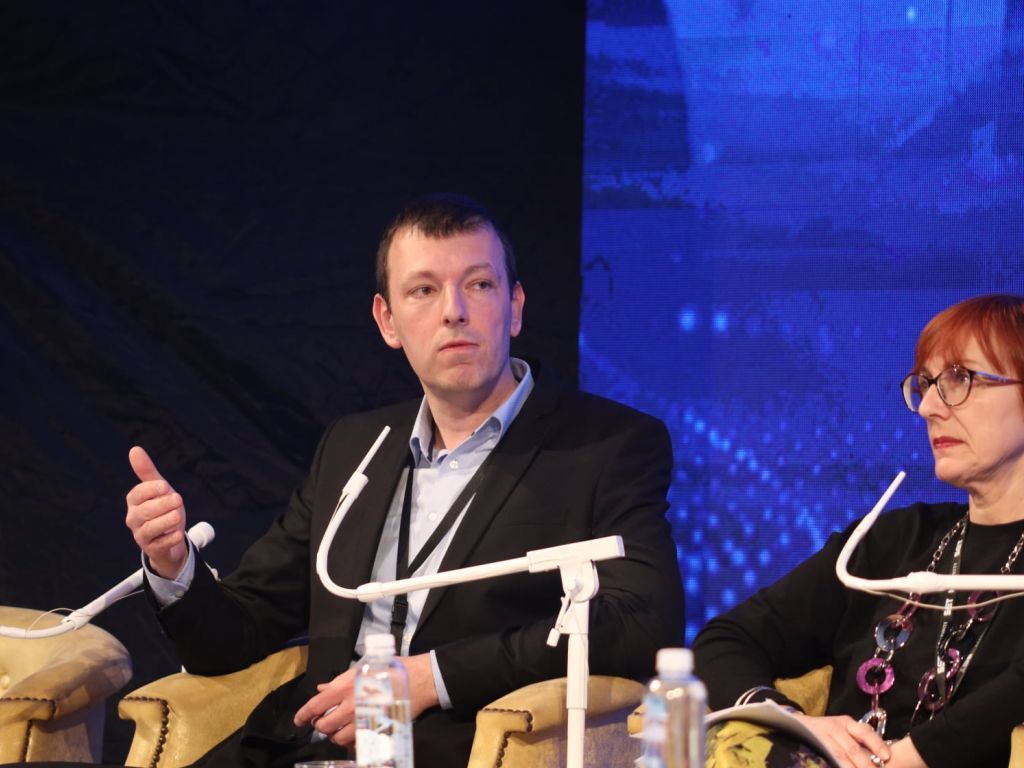 – When we’re talking about electric mobility, people think that there should be as many chargers as possible, those with a greater power. However, that is not the goal. The goal is the philosophy I learned about from the Scandinavian countries – “I won’t make a stop to charge the vehicle, but I will charge the vehicle while I’m making a stop”. That means that we have to have a charger in parking spaces. We believe that the slower the charging it is, the better it is, in a way, because the impact of the charger on the battery is more favorable when the charging is more relaxed. Then again, DC chargers are important from the aspect of the autonomy of vehicle movement – Luckin clarified.

He says that each of their authorized partners in BiH has its own charger, but that planning on a state level is important to them, so that the real sector can have an overview of where chargers can be installed.

– It is not always cost-effective to install an expansive charger – Luckin said.

Slobodan Milosavljevic of the company Energotehnika Juzna Backa, which developed its own electric vehicle charger, of 22 kilowatts or 36 amperes, for a simultaneous charging of two cars. The plan is to further develop them to the power of 300 kilowatts, for the charging of transport vehicles.

– We have long since started installing our chargers. They are of top quality and, within them, all the current technological innovations are integrated. In a short time, we had a large number of installations. I hope that, in the neighboring countries, we will soon have our representatives as well. By the end of the year, we are launching a charger for 300 amperes for trucks and buses. Even though there are electric buses in Belgrade, so far, we have not delivered devices for the charging of buses, but I believe that we will do so soon. The charger we have developed has an internal communication with the car and knows all the protocols which various car producers integrate in their models – Milosavljevic pointed out.

Milosavljevic said that the agreement with the largest Hungarian energy company MVM Group gave them a further boost for new development projects, because it is a group which has an annual turnover of around EUR 4 billion, and they are entering the cooperation with a third of the capital.

Miran Meza of the Slovenian company Megatel was also present at the panel, and this company has also started developing electric mobility projects and sees a development opportunity there.

– A good and reliable charger is the first condition for the development of electric mobility, and the second one is the backing system. All chargers should be connected through the internet into a system, so that they can be monitored, enabling the billing and a dynamic balancing of power.

In Slovenia, he says, a mistake occurred several years ago when a tender for chargers was published, and the terms were not set the way they should have been. What happened afterwards was that charging facilities were set up throughout Slovenia without being harmonized with international protocols.

– They are there now and nobody knows if they work or not – Meza said.