Početna >> Novosti >> SET 2022: Not Having a Gas Pipeline Infrastructure is the Most Expensive Option

In the past years, gas as an energy source has been targeted by the Energy Community, so, for example, in 2018, there were serious discussion in Brussels about whether it should all be electrified and whether gas molecules are needed at all. Of course they are, because it is impossible to electrify, at best, more than 60% of the final consumption, even in 2050, said the moderator of the panel on the development of the gas pipeline infrastructure at this year’s Trebinje Energy Summit, Predrag Grujicic, an expert for gas at the Energy Community.

Some studies show, he says, that Germany, even when it is fully decarbonized in 2050, will have to meet 40% of its needs by importing from other countries.

– In my opinion, gas pipelines, even if they are made today, will serve its purpose for the next 50 years, because they don’t only have to transfer natural gas, but also the low-carbon variety – hydrogen, biogas, or something else – Grujicic pointed out.

The prices of gas have jumped dramatically in the past period, so it’s difficult to plan any new investments.

– Due to the war in Ukraine, the intention of the EU is to diversify gas sources and to have Russian gas eschewed in the next five to eight years. Those are very serious intentions of the EU, and we don’t know yet how the European Community will act, but I assume that it will follow the EU policy. It will also be a problem for the countries of the Western Balkans, which all import Russian gas – Grujicic points out.

Gas has gone through a lot and is always under pressure, but I believe that it will overcome this challenge as well, says the experts from the Energy Community.

– The EU has recognized natural gas as a transition option in the process of decarbonization, but in light in the events in Ukraine, the decision is being reconsidered and they are trying to decide whether it is justified.

Ljubo Glamocic, the director of the company GAS-RES, says that gas is seen exclusively in the context of the production of electrical energy, but the role of gas in industry, where it is impossible to organize production without it, seems to be forgotten quite often. 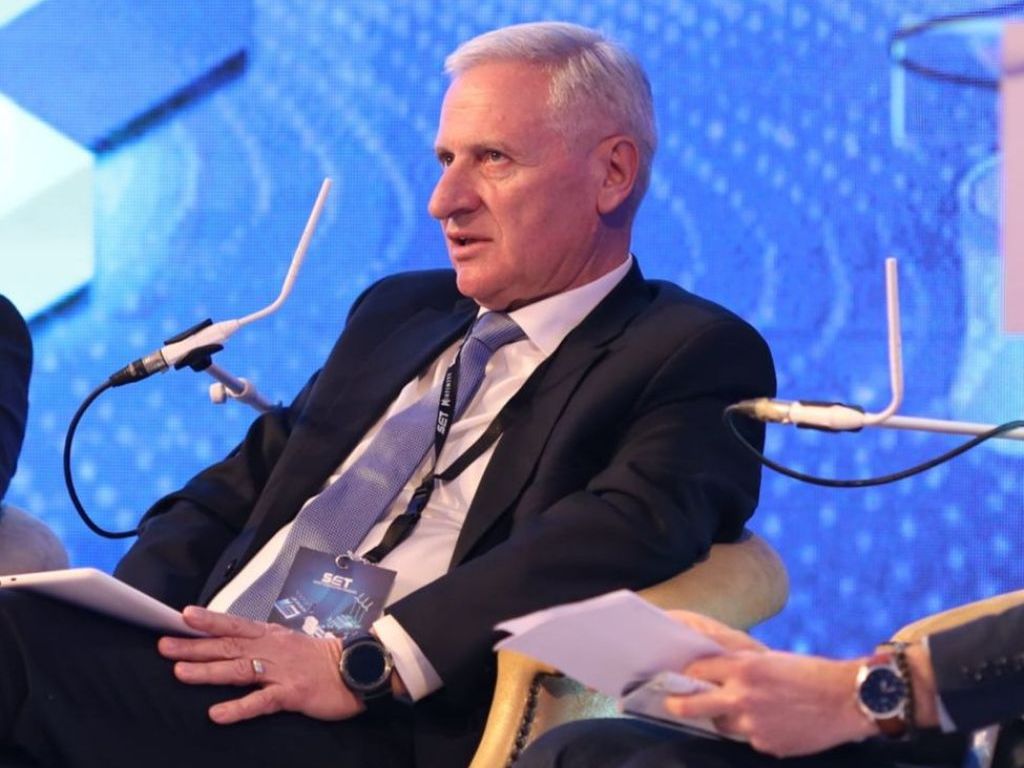 – Gas should be given a much bigger and more significant role, because industry in RS is the key purchaser of gas. The gas pipeline infrastructure in BiH is very underdeveloped, there have been almost no investments for nearly 30 years and all the efforts to intensify this activity have failed to produce results, so we’ve come to the point where finance institutions are reluctant to invest in this field. Personally, I believe that natural gas will be an important component in energy, both in the power sector and production of electricity and in industry, in the next 20 to 30 years – Glamocic said.

It is evident that, last year, in the EU and some countries of the Energy Community, Glamocic says, around 20% of the electricity was produced at gas power plants, and more was produced only at nuclear power plants.

– Although the construction of capacities from RES is intensifying now, I am not sure that that quantity of energy can be compensated for soon, especially considering that RES are not base energy sources, and the challenge of balancing is also there. We need stable sources. I see gas as a serious component in the energy sector and I believe that, regardless of this situation, the investments and plans that are set when it comes to the construction of the gas pipeline should not suddenly be seen from another angle. Of course, some things need to be revised, but it’s certain that gasification, especially in the Western Balkans, is certainly important. I believe that some countries, investors and finance institutions have made a rash decision to give up on gas – Glamocic said.

The consumption of gas in North Macedonia is not so big, which is even good in this situation regarding the prices, Viktor Andonov, the adviser to the prime minister of North Macedonia, said at the panel.

– Here, gas is mostly used for the production of electricity and to heat Skopje, and some is used in industry. In the past two years, we’ve built over a hundred kilometers of the gas pipeline network, and we want to expand the network throughout the country. There’s no coal in our energy transition, which means that gas will be the transition energy source, and in order for the system to be sustainable, we have to diversify the sources, and we are looking at a very important project of the gas pipeline with Greece, with a terminal in Alexandroupoli – Andonov pointed out.

In three years, North Macedonia will have three gas sources and Andonov believes that it will have good competition in the country for the purpose of defining the prices, but also for when global situations such as this happen.

– I believe that gas will have an important role in our energy transition process – Andonov said. 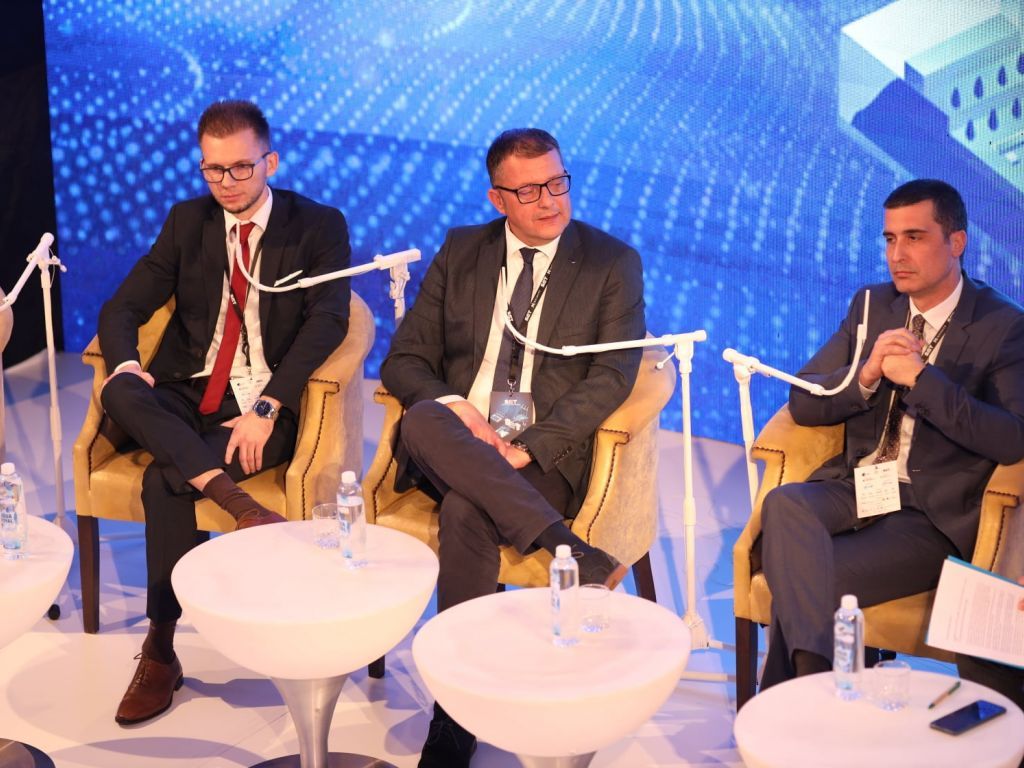 Plinacro owns 2,600 kilometers of a gas pipeline network, as well as an LNG terminal on Krk and an underground gas storage facility, so the infrastructure is complete, said Marin Zovko, a member of the management of Plinacro.

– However, not so long ago, in 2002, Croatia only had gas in the northern part, where production was carried out at gas fields. A year later, in 2003, the first Gasification Strategy was prepared and the realization of the whole thing started, which took 11 years. Around EUR 600 million was invested in the construction of a new gas network. Then we bought an underground gas storage from INA, and in the past few years, we’ve also gotten LNG on Krk – Zovko said.

The aim was to diversify the supply directions, Zovko says, so that all Croatia has good energy. It has turned out to be justified that we’ve invested in a country-wide network, he said.

– We continue to work on new development project, connecting with the Adriatic-Ionian gas pipeline, where the idea is for the Croatian system to be connected with TAP, with the gas pipeline from the Southern Gas Corridor, whereby we would have an additional diversification and supply security, not just us, but all the countries on that route. We are also considering other projects which concern connecting with the neighbors, with Serbia and BiH, to create a good network and enable good supply directions for all countries.

In light of the world events, the project on Krk, Zovko says, has turned out to be extremely good, because it provides security, not just to Croatia, but the entire region.

– Croatia now has around 25% of its own production, however, what’s missing is the remaining 75% to meet its own needs. Not having the infrastructure and not diversifying the sources in one’s own portfolio is the most expensive option, because energy prices are jumping. The tariff which enables the diversification of the infrastructure is considerably lower compared to the price we see in the market now.

What are Montenegro’s plans?

Montenegro is aware that, if it wants to strengthen its energy sector, it needs to turn to gas as well, as a stable energy source, said Marko Perunovic, the state secretary for energy in Montenegro.

– We need to have gas, that’s clear, and we are aware that we need to do the diversification of the routes. We have an option through TAP, and also the Adriatic-Ionian gas pipeline, but I believe that we have to work together on it all. As Montenegro, we need to have clear needs for gas in order to apply at the partners in Azerbaijan.

At the beginning of the summer, the second phase of the exploration of the Montenegrin sea area and the search for natural gas should start. An annex to the agreement was adopted recently whereby the Greek company Energean was given another four months to present a new partner with which it would enter the project of additional boring and exploration of gas.

Elektroprivreda Crne Gore plans to build the first gas energy facilities in Montenegro, so they have published the public invitation for the preparation of the Study for the Development of Technical Solutions and the Prior Feasibility Study for Gas Power Plants. The feasibility study pertains to potential gas power plants in three locations, namely, a hybrid power plant based on a gas turbine a minimum power of 50 MWe near the Port of Bar, with potential renewable sources, a combined gas power plant of a minimum power of 150 MWe within KAP, combined with potential renewable sources and a gas power plant of up to 200 MWe in Pljevlja.

The proposed concepts of power plants aim to enable a long-term use of local resources in a period of a minimum of 25 years and in full harmonization with the climate rules and regulations of the EU.

– In line with the expected estimates, we hope that we could supply ourselves from those three fields in the next 20, 30 years… Whether it will come true or not will be seen through the exploration period in the next year – Perunovic said.

From the angle of traders

While gas traders in the West are focusing on operating efficiency, introducing algorithms and blockchain and automizing their processes, the Western Balkans is very late and the gas market is not fully liberalized, said Milan Terzic of the company MET SRB, a part of the Swiss MET Holding, a gas trader.

– That means that the regulatory framework is not harmonized with the Third Energy Package, and where it is harmonized, it is not fully implemented. In practice, this means that we have a limited access to transport capacities, a non-implementation of the virtual point, where traders could exchange natural gas, a SPOT market does not exist and the separation of the operator of the system and the supplier has not been completed, and the data on cross-border gas flows, which are otherwise published on power exchanges, are not showing. Not all this applies to all countries of the Western Balkans, but it does to some.

The consequences, Terzic says, is that, on the side of the supply, we have a dominant supplier, which, having no competition, has not motivation to adjust the prices either, and the lack of competition means fewer diversified supply routes, so traders are forced to look for new sources. In such situations, consumers don’t have much choice either.

– The situation in the SPOT markets is not the best, the prices were jumping dramatically in the midst of the war in Ukraine, so, on March 7, the price went up to as much as USD 3,000 per cubic meter. We will all probably pay that price, not directly through gas price increases, but through the inflation. The public suppliers will incur debts in order to finance the gap between the consumers and the suppliers. A liberalization would adjust the market prices.

If there’s no liberalization, Terzic believes, there’s no motivation to invest in a country which has no liberalized market either, because investors cannot count on a free choice of suppliers.

– The opening of the natural gas market is a bitter pill that everyone has to swallow, and the sooner we digest this, the better it will be for us, and the markets will reach a more mature phase sooner. Then both the traders and the consumers will benefit from the opening – Terzic said.