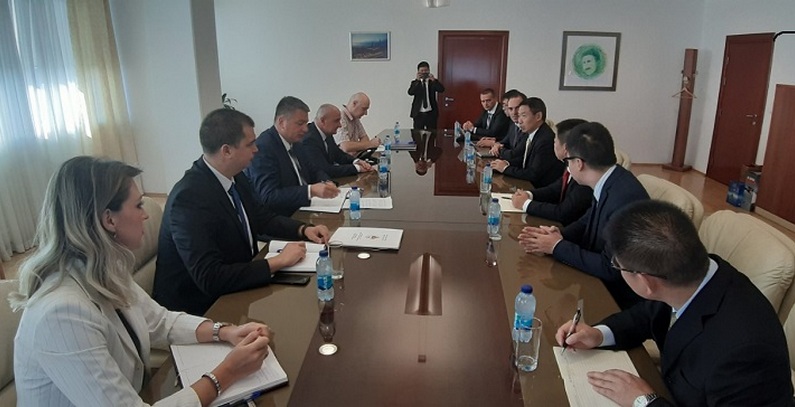 Energy and Mining Minister Petar Đokic met with potential partners from China – representatives of Chinese engineering company AVIC. It was noted at the meeting that Republika Srpska is interesting to Chinese investors because of its energy potential, including green energy, which is considered very profitable for investment.

Đokic said that the concept of construction of HPPs Buk Bijela, Foča, and Paunci on the Upper Drina has been changed to include Serbia, with which Republika Srpska will build these power plants.

The Chinese partners are offering a model under which they would secure financing and construction, Đokić said. According to Đokić, AVIC is not interested in becoming a shareholder in the new power plants, which is also not in the interest of Republika Srpska, but is rather seeking to become a partner in the implementation and funding of the projects.

He recalled that the HPP Buk Bijela project has been in the pipeline for a long time and can be said to have been prepared.

The basic infrastructure has been put in place, including access roads, facilities for workers’ accommodation, water, and electricity. Near the planned location there is a developed high voltage network that can take over the electricity generated in the power plant, Đokić said.

He also noted that the company is interested in the construction of 3 small hydropower plants (SHPPs) on the Bistrica river and one on the Janjina river, with an overall installed capacity of 45 MW. These projects have been developed by state-owned power utility Elektroprivreda Republike Srpske (ERS).

The Government of Republika Srpska has recently been given consent by the Republika Srpska parliament to provide state guarantees for loans worth BAM 600 million (about EUR 307 million) for ERS to invest in the construction of new power plants, including HPP Buk Bijela and HPP Janjina.

Đokić recently said in an interview with Balkan Green Energy News that the construction of HPP Buk Bijela will be implemented under the turnkey Engineering, Procurement, and Construction (EPC) model.