EBRD and KfW are increasingly active financiers of energy projects in BiH – What do we offer and how to get foreign investors’ money?

Početna >> Novosti >> EBRD and KfW are increasingly active financiers of energy projects in BiH – What do we offer and how to get foreign investors’ money? 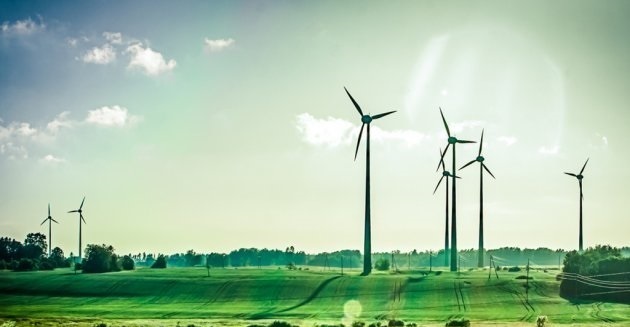 The EIB, EBRD and World Bank have not had capital investments in manufacturing facilities in the BiH energy sector so far, Radovan Grdinic, Head of Development and Research at Power Industry of RS (ERS), said at the “Models of financing projects in energetics” panel on models for financing energy projects. of Trebinje, which was held on March 5 and 6.

– The German development bank KfW has given a loan to the wind farm Mesihovina, which already operates, to the Podveležje power plant near Mostar, which is in the advanced phase of construction, and to our power plant Hrgud near Nevesinje, where the preparation of investment and technical documentation is underway. Soon we are selecting a consultant who will do the main tender documentation and project – Grdinić pointed out that in the future the ERS wants to cooperate as much as possible with foreign banks in order to raise new facilities.

KfW Bank for BiH representative Adam Drosdzol said that the cooperation with the public sector in BiH has lasted for more than 20 years, and it first began with the placement of loans for the revitalization of hydropower plants. So, at the Trebinje 1 HPP they are now working on phase 3, after the completion of phases 1 and 2, and in the following period, phase 4 is planned.They also worked on a project to revitalize HPP Rama.

– We are also involved in energy efficiency projects. We have provided a line of credit through Raiffeisen Bank for energy efficiency measures in private homes. Last year, we gave a grant of € 10m to energy efficiency in public facilities in RS, and € 9.5m to the FBIH for the same purpose. During these 20 years of cooperation, we have provided EUR 400 million for energy projects through grants and loans. More than EUR 100 million has already been used, the rest will go through ongoing or planned projects. We are also planning to finance several wind farms in BiH – says KfW representative for BiH.

He pointed out that because of the directives of the European Commission, they cannot finance projects based on fossil fuels, and the European Bank for Reconstruction and Development (EBRD) has the same limitation.

Damir Čengić, from the EBRD’s BiH office, also spoke as a panel participant on the plans of that banking institution to finance future energy projects in BiH.

– It is true that so far in BiH we have really been more focused on transport infrastructure. Now we want to turn to the energy sector as well, because in the region we have been successful in lending to the largest wind farm in Serbia, then Kosovo, as well as to a solar power plant in Northern Macedonia. We have used this summit to define future co-operation with “Elektroprivreda Republike Srpske”. As a bank, we have the experience, the appetite and the desire to work in this sector. We do not have limits on the amount, but we have when it comes to fossil fuel projects – Čengić pointed out, stating that they have good cooperation with the lending of the project of introducing smart meters in Banja Luka and Bijeljina.

According to him, the EBRD in BiH prefers partnership with other financial institutions in financing investment projects, both with foreign and local banks.

– Almost all of our projects from the past have involved multiple banks. When we work with local banks, we are there for the transfer of knowledge, because we have a lot of experience, while that is not case in local banks.

In the past, KfW Bank worked mostly on its own, as they had enough capital to be financiers themselves. However, they are now turning more to mergers, so its partner is most often the European Investment Bank, as Adam Drosdol said.

– I think we will continue to cooperate with the EIB more often in the future. The EBRD can also be our partner. We work with local banks in energy efficiency projects – we provide the fund, and they are on the front line for lending – says Drosdol.

Every bank and investor, according to Miroslav Kučera from Aspiro consulting firm, is looking for security of investment and assurance that their money will be returned in some period. Anyone who is looking for a loan should keep this in mind.

– Will the costs be as predicted? What is the security that the loan will pay off? These are all questions that arise when deciding on the financing of a major project. Each project should show what the risks are, how the investment will take place – said Kučera.

What he sees from his experience so far is that the public sector e.g. they offer sites for the construction of the facilities and say they will do everything on their part, but they dont have clear answer on question how the investor’s income will be guaranteed.

– It seems to me that the public sector does not have that empathy and thinking towards financiers.

In his view, BiH is not doing enough to promote its energy potential and attract new investors. Also, BiH does not even consider development banks from Central and Western Europe as financiers.

– For example. communicating through embassies can also have good effects – said Kučera.

Reliance on the private or public sector?

Adam Drosdzol of KfW Bank says participating countries are money back guaranteeers.
– The second guarantee line is our country, Germany, which guarantees 80% of the project. Through such models it makes no sense to turn to other models, and I think we will leave it in this framework – said Drosdzol.

His EBRD counterpart, Damir Čengić, points out that the institution is still somewhat more flexible when it comes to defining the financing model.

– We consider energy projects self-sustainable and do not waste the energy of the country to be a guarantor. The most current model, and also one in which we participated in regional projects, is the BOOT model – build, own, operate and transfer. Our experiences with him are positive. Anyone who offers the lowest price of electricity per megawatt hour will get a job, and the power company commits to buying electricity at that price. Everything is known, there are not many legal costs and it works very well – Čengić explained.

– We prefer to use the private sector as much as possible, because they are more efficient, work faster. With public companies, it can go slower – said Čengić.