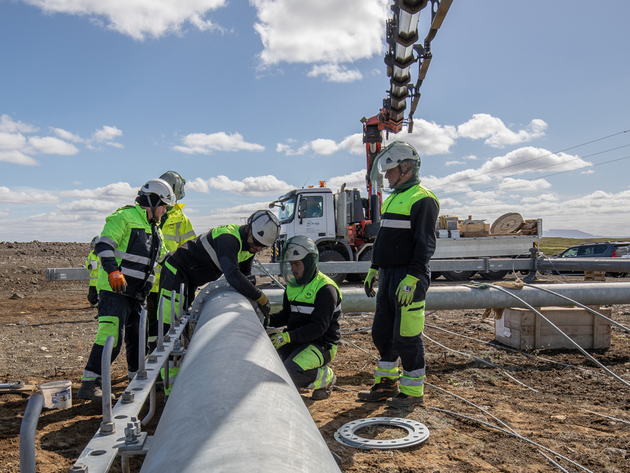 Elnos Group has minimized the impact of the consequences of the pandemic largely through opening new markets and improving their position in the existing ones. Last year, we got another two members, Elnos Spain and Elnos Portugal, which were founded with the aim of penetrating the large solar energy market in those two countries, Branko Torbica, the vice chairman of the management of Elnos Group, says in his interview for eKapija.

As he points out, they have also successfully stepped into the markets of Germany and the Netherlands, through the realization of projects of construction and reconstruction of new powerlines and the construction of industrial infrastructure.

– Elnos Group is now an international concern which operates in 13 countries of the region and Europe and employs over 570 workers. Around ten years ago, our vision was for our project and operating teams to build the most complex technological power infrastructures throughout Europe, and today this vision is our reality – Torbica says.

He pointed out that Elnos Group raised the operating level and boosted its position in the European market. In Sweden, so far, they have realized over 70 projects, and this year, in this state, they are especially proud of the project of the construction of the 400-kV powerline Hurva-Sege, which is currently one of the most important energy projects in Sweden. In Iceland, they’ve continued building the 121 kilometers long 220-kV powerline Kroflulina 3.

In Serbia, this company is building the 400-kV powerline TS Kragujevac 2-TS Kraljevo 3, and this year they continued, at a good pace, the works on the revitalization of the railway section Jajinci-Mala Krsna, which is part of the international railway Corridor 10 through Serbia, as well as the realization of a range of other projects.

Torbica pointed out that Elnos Group, as one of the leaders in the field of renewable energy sources, sees an important place for itself in new investment cycles in BiH and the region as well, within which it would further contribute to the modernization of regional electrical energy systems.

When asked by eKapija whether the pandemic has caused changes in energy as well, Torbica says that it has led to a set of obstacles in the way business is done, but that it has in no way influenced the constantly growing need for new and renewable energy from the increasingly varied range of sources, quite the contrary.

– Although the production of electrical energy recorded a slowed-down growth globally last year, its production from RES grew at the same time. This clearly shows how important the momentum of production from RES is, but also how we should use our opportunity in this field. Our company has been following the demands of the energy sustainable future and working hard on increasing the renewable energy capacities. By taking part in the realization and construction of several hundred megawatts of installed capacities, in the fields of hydro power, wind power, biomass energy, we have already become an important name in the regional and the European market in this field – Torbica said. 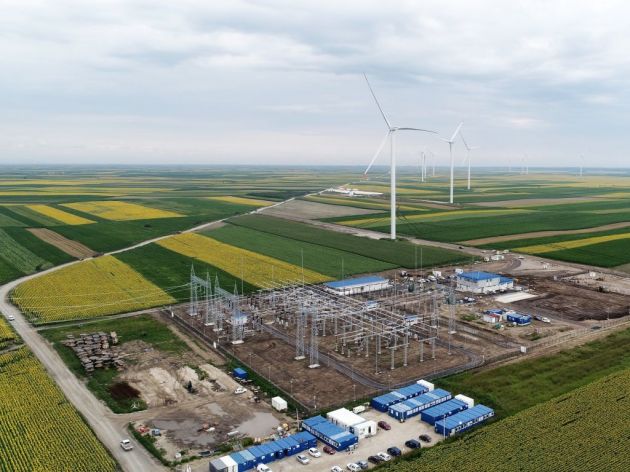 Elnos Group built the power elements which are the backbone of the Cibuk 1 wind farm of 158 MW (Photo: Elnos Grupa)

In this conversation, he highlighted several projects which have put Elnos Group in a very important place on the European and regional RES map in the past years, namely, taking part in: the construction of the HVDC system NordLink, an energy connection for the exchange of electrical energy produced exclusively from RES between Germany and Norway, the construction of the Hydro Power Plant Burfell 2 (100 MW) in Iceland, which took place a hundred meters beneath the layers of volcanic rock, the assembly of the GIS 245/132/12-kV facility for the biggest Icelandic geothermal power plant Krafla (60 MW), the construction of the 35/400-kV substation and 2×400-kV two-system powerline for the biggest wind farm in the Balkans – Cibuk 1 (158 MW), the revitalization of the HPP Zvornik (125 MW), whereby the installed power of the generators of this hydro power plant increased by 30%.

– For each serious business step, it is necessary to strive for better and more advanced solutions. As a company which specializes in engineering in the field of electrical energy, with a high level of expert knowledge, we are constantly investing in our employees and new technologies. This is precisely one of the reasons why we are pushing the business boundaries and achieving new successes each year – Torbica says.

Potentials of BiH are a great opportunity for investments

This year’s SET places emphasis on the subjects which aim to promote new directions of development of energy in the region, and Elnos Group is a company which is one of the international leaders building a sustainable energy future.

– It is important to point out that Bosnia and Herzegovina, the country which is hosting this summit, owns hydro and wind potentials the likes of which very few have in Europe. RES on this scope is a topic that is always current. It is the right time to realize as many RES projects, create new jobs and a better energy perspective for the entire region. We own great resources, which are a very serious economic opportunity and the time is right for us to enter even more serious investment cycles. It is for that reason that we are especially glad that, this year, we are actively participating in the panel titled “Investment Cycles – Building New Energy Capacities”. It will be an excellent opportunity to share our experiences and visions when it comes to this topic with the participants – Torbica pointed out.

The Energy Summit SET 2021 is organized on May 20-21 by Elektroprivreda RS and the SET company, under the aegis of the Ministry of Foreign Trade and Economic Relations of B&H, the Government of RS and the Koncar company, with the general sponsorship by Elnos Group and support from Infinity Group and Dwelt.

The eKapija portal is the media sponsor of the Trebinje Energy Summit 2021.