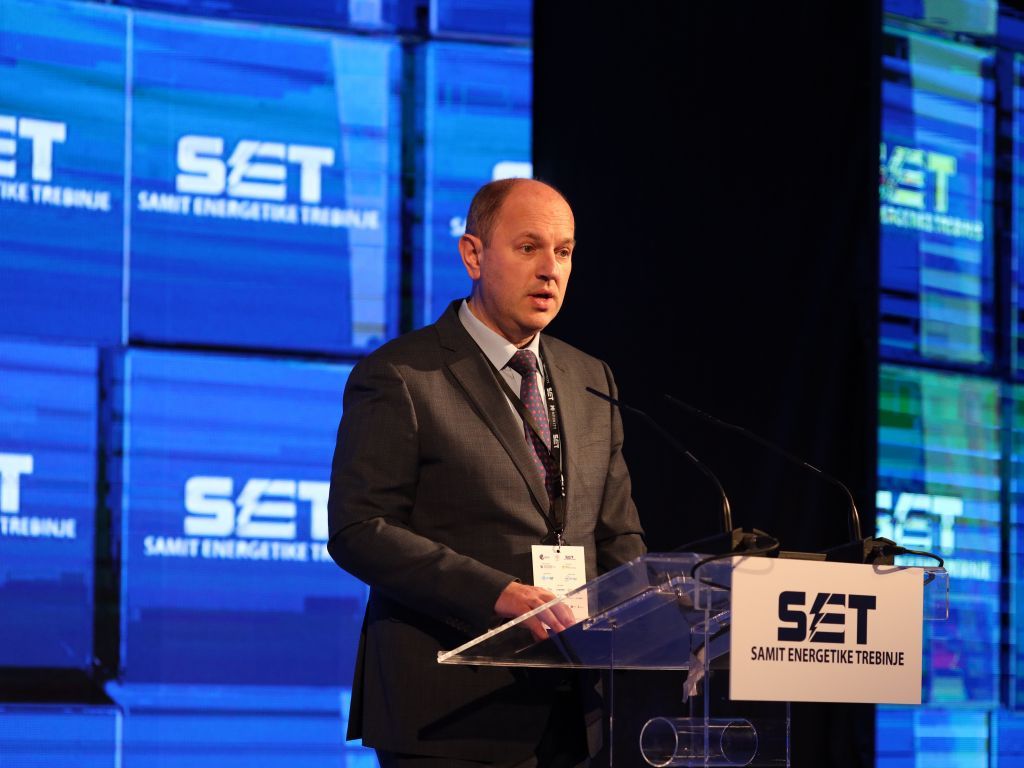 The general director of Elektroprivreda Republike Srpske (ERS), Luka Petrovic, said during the opening of the Trebinje Energy Summit that ERS was one of the rare power companies in the region that was able to finance its own investments through the export of electricity. They have invested EUR 80 million so far in preparatory works and a part of the main works on the HPP Dabar.

He noted that, by 2029, Republika Srpska would have 1,000 MW installed in facilities based on renewable energy sources (RES). So far, jobs on 430 MW have been contracted, which is an investment value of around EUR 800 million, and works are already being carried out on them. Once they are all operating, ERS will have a surplus in the electrical energy balance, which, as Petrovic pointed out, will be its great advantage.

– For these 430 MW, the carrier of the investments is ERS, and another 180 MW have been contracted by private investors. The are still potentials and I believe that the next generations will utilize them. With the new investment, we will get another 1,100 GWh of electricity, which, at today’s market prices, is around EUR 280 to 300 million in pure cash for our system – Petrovic said.

The practice shows, he says, that RES-based facilities can pay off in five to six years.

– ERS has so far utilized around 28% of its hydro potentials and we have plenty more in the territory of RS, but there are also potentials which we need to use together with the power companies of Serbia and Montenegro – border rivers, middle and upper Drina, as well as the HPP Boka, which we plan to build with Montenegro, on which we are working intensively, analyzing the models.

With Hrvatska Elektroprivreda, the Croatian power company, he pointed out, they have an excellent cooperation when it comes to the operations of the HPP Dubrovnik, which is currently benefiting ERS a lot, and that electricity is meant for exports.

He repeated that only new investments brought energy independence and stability of electricity supply.

VISKOVIC: We have met all the obligations toward the Energy Community

The prime minister of RS, Radovan Viskovic, pointed out that RS would have great energy assets with the construction of the Hydro Power System Gornja Drina, HPP Bistrica, HPP Dabar, wind farms Hrgud and Grebak and the Solar Power Plant Trebinje 1, as well as the solar power plant in Nevesinje. As he pointed out, in the upcoming period, investments in solar and wind facilities between Gacko and Bileca are expected.

– Today, RS produces around 56% of its electricity from thermal power plants, and we are striving to reduce the percentage of production from fossil fuels, as we are obliged to do by the Energy Community. So far, RS has met all its obligations toward it. We want to increase, as soon as possible, the percentage of production of electricity from RES and we are heading toward it. We are doing so because we have recognized that it is good for RS and its energy stability.