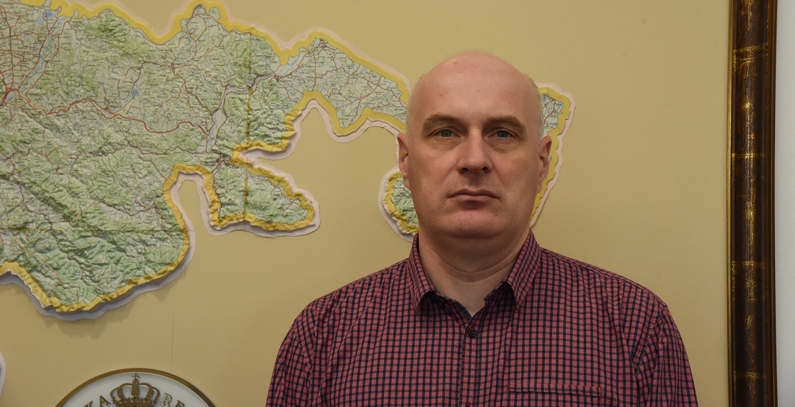 With the adoption of a draft law on electricity in September this year, Republika Srpska launched a process of laying the legal groundwork for ordering its electricity sector according to the rules required by the European Union’s so-called Third Energy Package.

What are the key obligations of Elektroprivreda Republike Srpske?

As was the case with all other Contracting Parties to the Energy Community of South East Europe, the deadline to meet commitments regarding the harmonization of laws, and therefore the activities in the electricity sector, with the provisions of the Third Energy Package was January 1, 2015. It is important to note that Republika Srpska had long been ahead of others when it comes to reform moves in the electricity sector: more than 12 years ago, the activities of electricity generation, distribution (including supply), and trading were unbundled into separate enterprises-companies, while 20% of the capital of the electricity generation and distribution/supply enterprises was privatized, etc.

Also, it is very important to stress that on January 1, 2008 (with a transitional period until mid-2012) consumers, except for households, were enabled to freely choose their electricity supplier, and that the necessary prerequisites for free choice of supplier for all consumers were created through regulations under the remit of the Regulatory Commission for Energy of Republika Srpska, by the January 1, 2015 deadline and in accordance with the room allowed by the existing Law on Electricity.

Even though certain progress has been made in the process of liberalization and deregulation, a system for the regulation of electricity prices from power plants (generation) still exists

However, no concrete preparatory activities for the adaptation of companies-enterprises in the Republika Srpska electricity sector, or Holding Elektroprivreda Republike Srpske (ERS), to the future changes had taken place until the moment the new Law on Electricity entered the adoption procedure. Even though certain progress has been made in the process of liberalization and deregulation, a system for the regulation of electricity prices from power plants (generation), which provided the basis for the distribution of funds within the Holding, still exists.

It should be noted that within such a single system that sells electricity on the market from different power plants, with substantial differences in unit costs, price regulation was partly necessary, because it is difficult to achieve fair internal revenue distribution without such a mechanism.

The most important obligation for Holding Elektroprivreda Republike Srpske is a proper unbundling of the distribution activity from the other activities (supply and production at small power plants which operate as part of power distribution enterprises) that are currently performed by five power distribution enterprises, as well as the provision of universal supply and supply of last resort, obligations related to the right to freely choose the supplier, the independence of distribution from the influence of affiliated entities and the parent company, etc.

The new Law on Electricity will not regulate the future organization of Holding Elektroprivreda Republike Srpske or any other company in the electricity sector. However, the Law contains provisions transposed from the EU’s directives, which represent BiH’s international obligations and which prevent anti-competitive behavior and enable freedom of trade and choice of supplier, better consumer protection, etc., so the organization of the Holding must be adapted to these provisions. Accordingly, the Law will prescribe the obligation to prepare a reorganization program for Holding Elektroprivreda Republike Srpske, which is to be adopted by the Government as the sole owner of the parent company in the Holding and the majority owner of the Holding’s subsidiaries.

Activities on drafting such a program are currently under way at the Holding, in cooperation with a hired consultant

In that respect, activities on drafting such a program are currently under way at the Holding, in cooperation with a hired consultant, and the program will be submitted to the Government for approval after the passage of the Law. This process certainly puts several difficult tasks before the Holding and the hired consultant: it is necessary to organize a heterogeneous and traditionally monopolistic system in such a way that it meets the obligations from the third energy package, while at the same time creating an optimal and highly-efficient structure that will be successful in new market conditions, capable of developing further and enabling the development of the market. We have already said that the starting point is not a traditional, vertically-structured organization, because Holding Elektroprivreda Republike Srpske has long ceased to be such a system.

Full electricity market liberalization was first planned and implemented by countries that are traditionally very well and efficiently organized, not just in the energy sector but in all areas – countries with a long tradition of competitive markets for all goods, with high business and consumer protection standards. It is very likely that the existing territorial and legal organization of the distribution activity in Republika Srpska will be preserved, which means that the existing five power distribution enterprises, which currently also act as suppliers in their respective areas, will be transformed into five distribution system operators (DSOs).

Also, given the fact that a power supply unit has already been set up within the Parent Company, and that it took over the supply of medium- and high-voltage industrial consumers on January 1, 2019, it is very likely that the supply activity will be organized as a single legal entity. Since the Parent Company also holds a license to sell and supply electricity, and that the licenses of all current power distribution enterprises to supply electricity to tariff buyers (a special form of supply license) expire on December 28, 2020, it seems that this solution in the current circumstances appears the most straightforward and the most logical.

Author: Boris Lubarda, head of the general electricity and energy efficiency section, the Ministry of Energy and Mining of Republika Srpska