SET 2022: The Bugbear of Balancing – How Will the Connecting of New Capacities from RES Influence the Energy Network?

Početna >> Novosti >> SET 2022: The Bugbear of Balancing – How Will the Connecting of New Capacities from RES Influence the Energy Network?

The topic of the balancing of the electrical energy market was launched around ten years ago, with the construction of the first wind farms, because they are the most critical in the system when it comes to balancing. What changed in the meantime, and those first projects were built with the help of incentives, is that auctions are to follow, or investors in RES are going directly to the market, clarified Maja Turkovic, the director of CWP Global for Europe, introducing the participants and the panelists on the topic of the balancing of renewable energy sources in the region.

The challenges of balancing are present is all countries, especially in the times of a supply crisis. For HROTE (Hrvatski operator trzista energije – Croatian Energy Market Operator), the costs of balancing in the first two months were EUR 7.5 million, and the total cost of balancing for 2021 was EUR 7 million.

– We project that, by the end of the year, the costs will be EUR 25 million, which cannot be paid from the membership fees for our balancing group, which is fixed and amounts to EUR 2 per megawatt-hour for wind farms and is even lower for solar facilities. We transfer 60% of the energy to the suppliers at the regulated price of EUR 56 and sell 40% – said Luka Pehar, the director of the sector for the market and the Eco Balance Group at HROTE.

– As the energy market operator, HROTE has been running the ECO Group since 2019 and the members of the group are favored producers from the feed-in tariff system. The wind farm portfolio has a total power of 704 MW, 56 MW are solar facilities, 130 MW are biomass and biogas and 130 MW are other technologies. Of the total production of electricity, 40% is sold at CROPEX, on the day-ahead market. We have a balance responsibility for those power plants which are in the system of feed-in incentives. In that initial year, 2019, the prices were around EUR 45 at CROPEX, the costs of balancing were around EUR 6 million, and then there was a great drop in the markets in 2020. The balancing cost around EUR 1-1.2 million at the time, and then in 2021, there was a sudden increase in the prices and the balancing cost around EUR 7.5 million.

Ervin Leko, the head of the market sector at EP HZHB, says that, with the increasing integration of the RES capacities, there will be even more requests for balance energy.

– In BiH, we certainly have enough balance energy, but the regulations are lagging behind and that’s the primary problem to deal with in the upcoming period. The producers in BiH which are not in the system of feed-in tariffs, not at operators and don’t have their prices regulated, cannot enter the market. So, today, you can sell a megawatt from fossil fuels for EUR 300, whereas you can’t sell a megawatt from RES, so you have to give it to the power management company at a price that is five times lower. 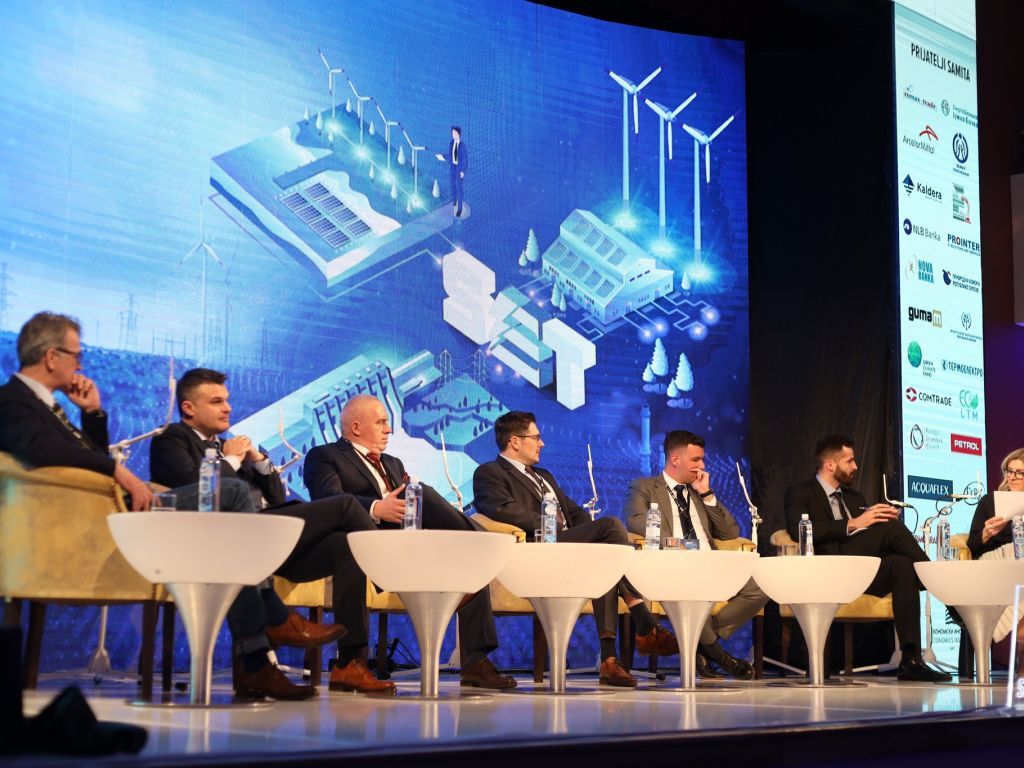 The Independent System Operator in BiH (Nezavisni operator sistema – NOS), as Leko said, has already introduced some changes to the market rules when it comes to the duration of the tertiary reserve, which was reduced to 15 minutes, all due to the balancing of the energy from renewable sources. RS is progressing in that sense, and Leko said that he hoped that FBiH would do so as well.

– The rulebook on the distribution of the balance costs has been prepared and is still there. The Operator for RES in FBiH is not performing its essential function. It needs to be a balance-responsible side and model itself after Croatia. For example, our Wind Farm Mesihovina has terminated the agreement with the RES Operator, we are no longer at that favored price and we have entered the market. We did so according to a mutual agreement with them, and we may return, but I believe that there’s no sense in going back to those prices. It is not logical for the price for losses to be EUR 55 per megawatt-hour – Leko pointed out.

His colleague from EP BiH, Muamer Bahto, the expert for energy management at that company, says that, when the balance mechanisms started being implemented, there was a revolution, the mechanisms produced results and the conditions were created for the participants in the market to be able to join the balance groups, to choose the balance group themselves and that way seek the opportunity to reduce their balance costs.

– The mechanism is good, but the regulator should make certain adjustments in line with the new market conditions and the great increase in prices, which is not difficult to do and I believe that the balance mechanism would be greatly improved that way. The prices in the market are so high, the providers of assistance services are not stimulated to provide assistance services, especially the tertiary reserve, and even the secondary one, so, in some form, they are de-stimulated. That is simple to correct and I hope that that step will be made – Bahto said.

As for the balancing of wind farms, BiH is only just beginning. It has three connected ones, with a power of around 135 MW, and the balance group of EP BiH features two.

– We have the conditions for the private capital to be invested in RES and to regulate its balance responsibility in the open market.

The study done by NOS, Bahto points out, says that, with those scope of assistance services, secondary regulation and tertiary reserve, it is possible to integrate an additional 250 MW of wind power and some 420 MW of solar power into the system.

The balance agreements signed with EP BiH are signed for a year, and in these phases of risk, they wouldn’t opt for signing them for a longer period, Bahto said. 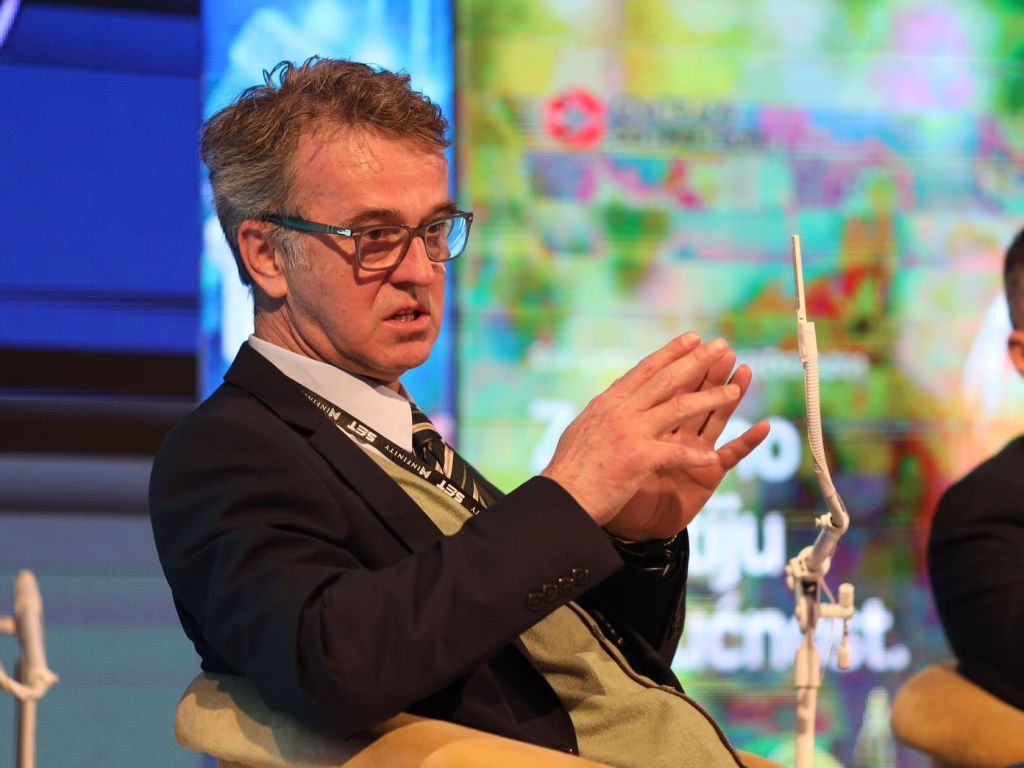 – Under these conditions, it is a brave thing to sign agreements even for a year, and at the moment, we depend on the relation between oil and gas.

Milosevic also touched on the fact that was presented at the Summit – BiH and Croatia have applications for being connected to the network for new capacities with a total power of around 18,000 MW in both countries.

– My question is: If we realized all that under market conditions, could the operator of the distribution system and its network withstand that and could the operator of the transfer system withstand what’s on its network. In the future, if we have a large number of small power plants, of 1 to 2 MW, then we will have, in the critical part of the network, the pumping in from the distribution part to the transfer part. We need to do network analyses about how much this will clog the network.

The intention of Serbia, Milosevic says, is for RES to be subject to auctions or bilateral balancing in the future and that those models need to be partner models so that both sides would be satisfied. 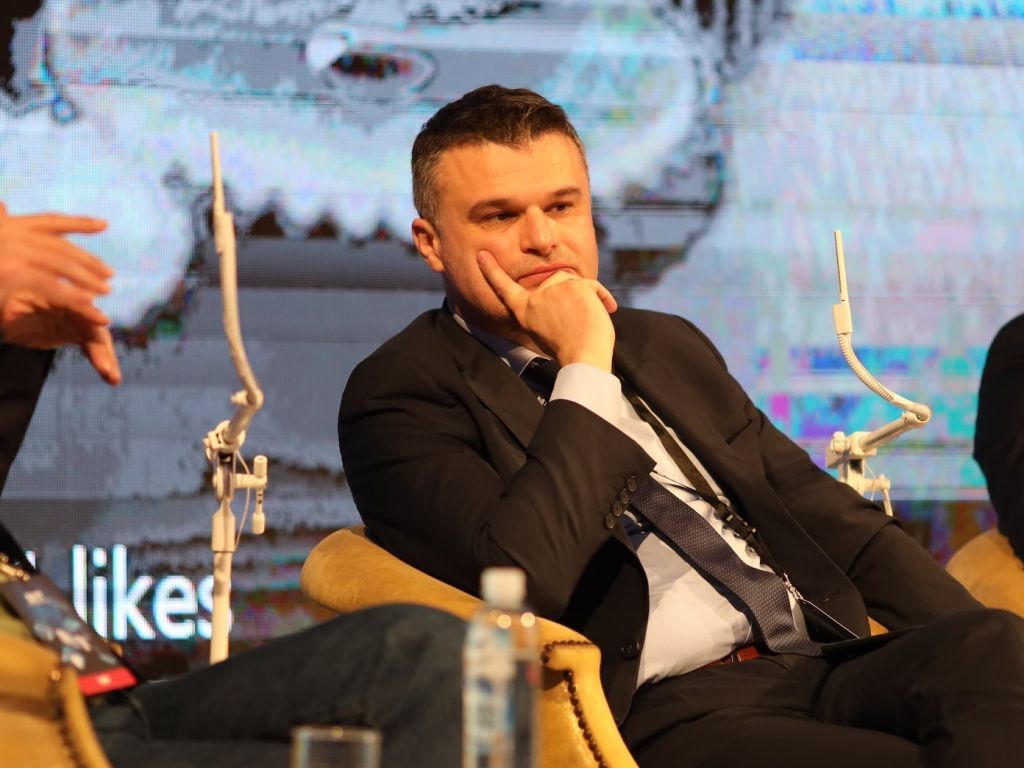 As in the previous editions of the Trebinje Energy Summit, Marko Jankovic of Elektromreza Srbije was very illustrative in presenting how important the topic of balancing is and what a complex process it is, especially considering that a single country cannot manage the process alone, without taking into consideration the fact that we are all part of the European interconnection.

– The balance price cannot be lower than the price in the wholesale market, that’s not normal and it creates chaos and such a thing does not exist anywhere in Europe. I’m saying this now that I’ve heard what’s been happening in BiH, according to my colleague, Ervin Leko. When such things happen sporadically, it’s not a problem, but, in the long run, it is a huge problem. It needs to be solved. What is preventing us from expanding the network in order to integrate all the coming capacities from RES? I would say nothing, but we are part of an interconnection and we act in line with the rules of that interconnection. Ten-year plans are being made and that is observed not just on the local level, but also from the angle of the interconnection. We need to realize that the situation is not that the network is built and then everyone waits to connect to it. Things are not done that way, it even harms the system. You can’t build a power line and let it not be powered.