SET 2022: What Caused the Turbulence in the Prices and Trading of Electricity in the EU and the Region?

Početna >> Novosti >> SET 2022: What Caused the Turbulence in the Prices and Trading of Electricity in the EU and the Region? 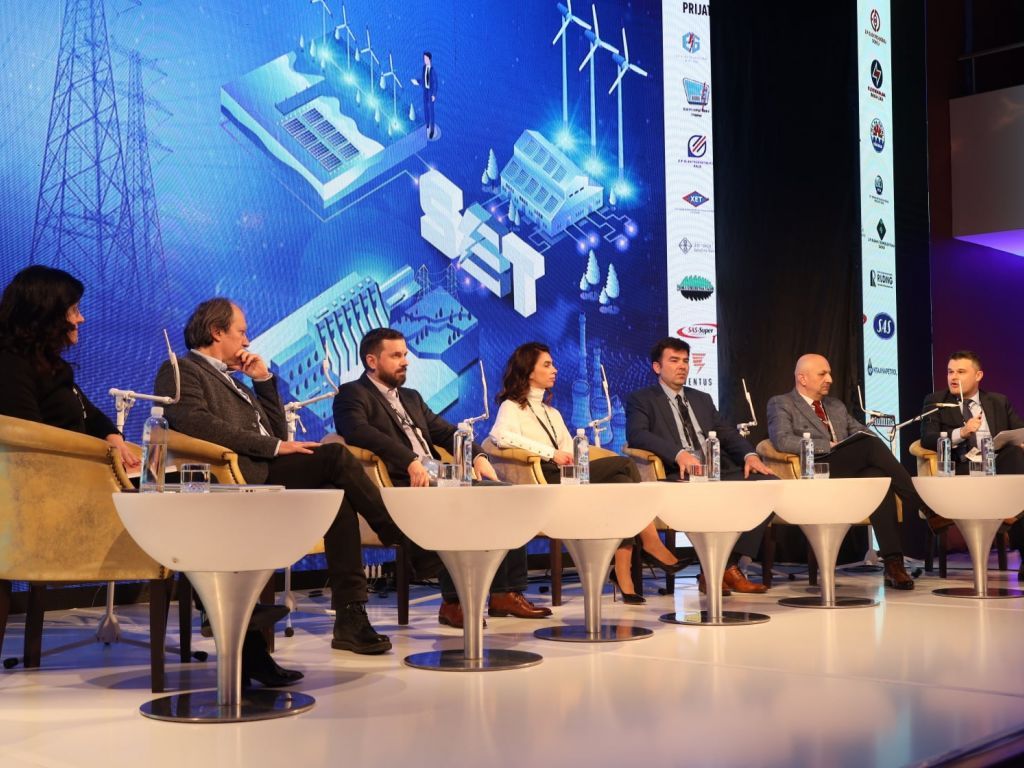 One of the panels at the 2022 Trebinje Energy Summit dealt with the turbulence in the electricity market: what caused the increase in the prices throughout the EU, how the traders acted, how much that turbulence affected our region as well, and the panelists especially discussed the markets and how important it is for the region to hold on to the single electricity market. Because, according to them, it is the way to a secure supply and stability of the system, which was also emphasized by Jasmina Trhulj of the Energy Community.

– The crisis in the EU was caused by several factors, whereby none of those factors has affected the price of electricity in the Western Balkans. First, an increase in the price of gas occurred in the EU, and as the electrical energy system of the EU is dependent on gas, that certainly reflected on the price of electric energy. If we look at our region, the dependence on gas is lower than 2%, so that influence is not that significant – Trhulj said.

The second reason for an increase in the price of electricity in the EU, Trhulj said, is that there has been a sudden closing of thermal power plants running on coal, as well as nuclear power plants, which, again, hasn’t happened in our region.

– What led to the crisis in the region in most countries is that the sources from coal were unreliable, due to an insufficient readiness of the mines, the unreliability of the blocks, and that’s what led to the crisis. The electricity then had to be imported, and the price of that electricity was dictated by the European market. However, there was no crisis of system supply and security in any country of the Western Balkans, and the reason why didn’t have it is the market. Whoever needed electricity was able to import it. The single market was crucial in avoiding the crisis of supply security, we only had a crisis in the sense of the price – how much needed to be paid for the quantities we needed. We need to integrate the market, because that is the road toward a safe supply – Trhulj said.

– The reference price of electricity is the reference price in the wholesale market, and now we’re getting signals from the European Commission to limit that price, and that would mean that we would have to change the entire way the market is designed. In this crisis, it has shown that all the state interventions can go in the direction of mitigating the consequences to the end-users and that the state could potentially influence the production as well. 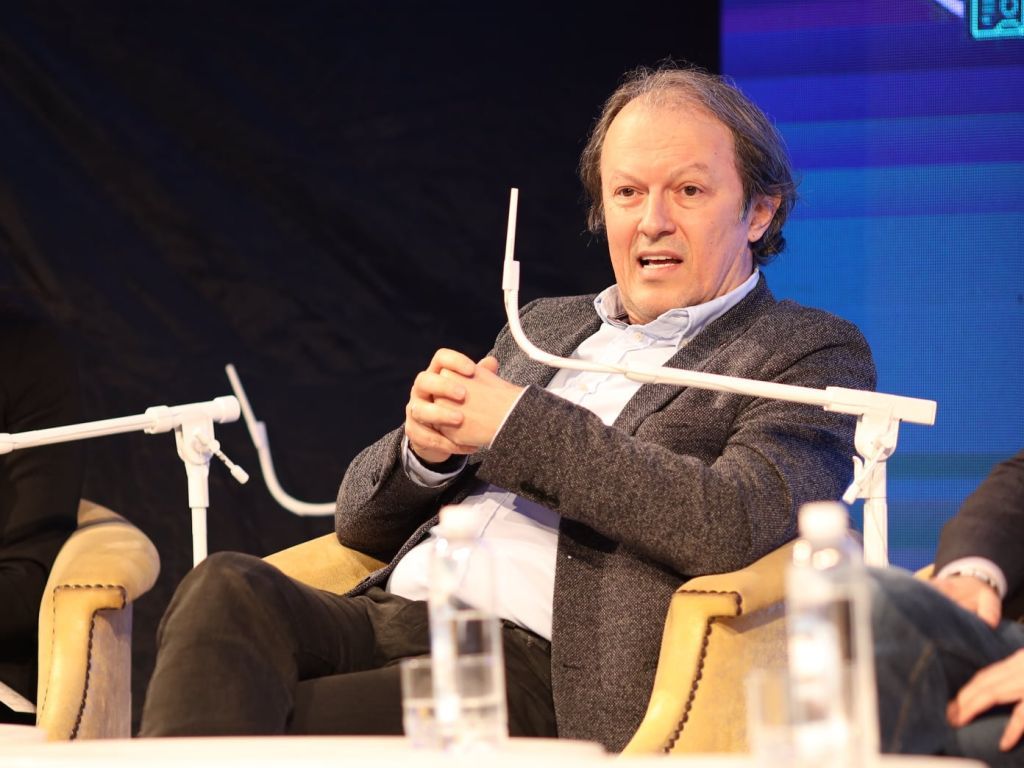 – When companies sell electricity today, the money is immediately paid tomorrow. So, we have the lowering of the risk and a reference price which has significance in the new framework of the financing of RES as well. There’s not a lot of talk about it, and without an organized SPOT market and without the reference price, you can’t enter the investment cycle. Companies must turn themselves to the market-oriented framework for the financing of projects from RES and the liquid SPOT market gives the reference price for a potential system of incentives through feed-in tariffs and auctions. It is very important to have an organized SPOT market, and that doesn’t have to and shouldn’t mean the establishing of local electrical energy markets, because that’s a very expensive toy, especially in these circumstances and with these prices. From our experience, we started in 2015. The minimum turnover which a market has to have in the day-ahead market is 3 terawatt-hours. Anything below that, and the company cannot be successful

Mladenovic says that he has been personally advocating the concept of a regional energy market for a long time now, “because in Europe, it is not a trend to establish local markets either”. Regardless of the fact that the countries of the Western Balkans are not in the EU, the connectedness of cross-border capacities makes us a part of the internal European market, he says.

– There are disturbances which have a great impact, but, luckily, they are of a short-term nature in the wholesale market. However, all this brings nervousness and risks and it is impossible to determine the direction of the further development and actions of the participants in the market with even a minor dose of security. What can be said is that, in the period of disturbances, there was a tectonic shift in September and now in February, but there will still be a kind of a settling of the oscillation and a stabilization, however mild. Stabilization is expected at price levels which are four to five times higher than this time last year.

It used to be, according to Apostolovic, that a price increase of 40% spelled doom for both the participants in the market and the consumers, and now there’s a 400% increase and we shouldn’t he says, get used to the new reality. 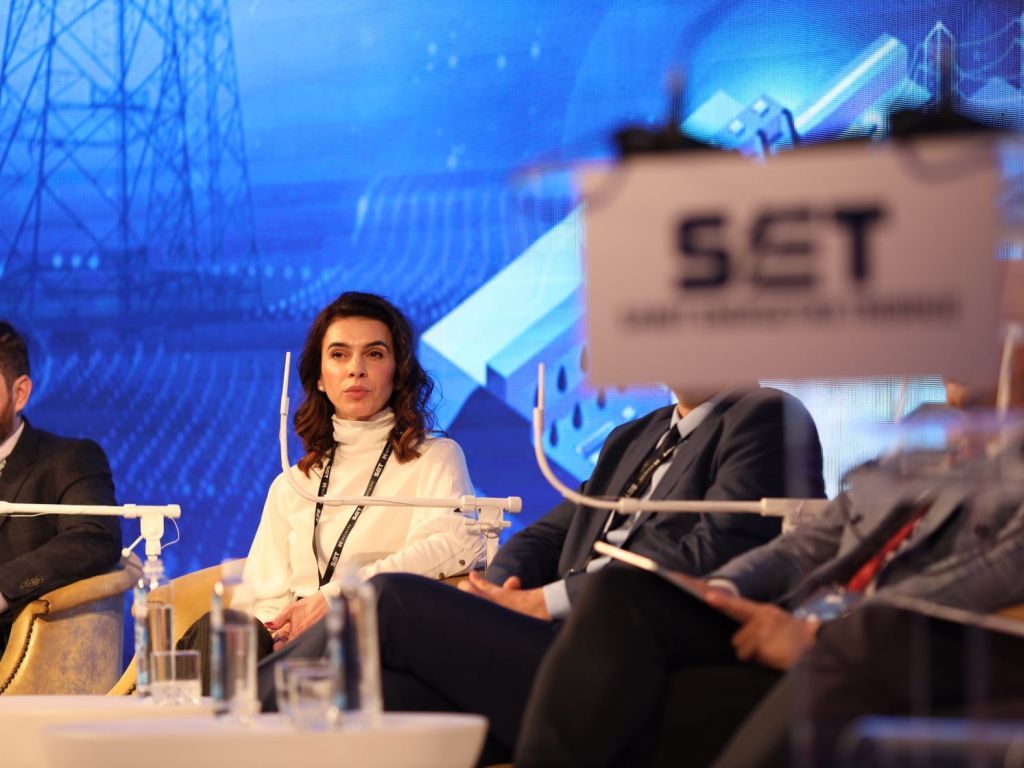 Considering the specific factors that play into the electricity market, it was impossible to implement the usual market mechanisms in price trends, said Jelena Bukic, the head of the Tariff Department at EP HZHB.

– To us, it would be a good measure to reduce the VAT and it is precisely the measure that most of the EU countries undertook in this crisis. However, it is interesting that seven countries had a lower VAT rate even before the crisis. There’s also Croatia, which had the problem of social prices and the research there showed that the VAT transfer was full. That means that the prices of electrical energy followed the reduction of the VAT, because the prices in the retail market were mostly regulated, and that is precisely the case in BiH as well.

Antun Andric, the assistant director of HOPS (Hrvatski operator sistema) shared his experiences from Croatia and how they were trying to create a flexible system.

– System operators are always in a crisis, there is never enough money, the expectations are great, among other things, to be part of this transition, to ensure the system flexibility that everybody is talking about. At HOPS we see that a part of the solution are distributed sources of energy and distributed consumers and we have tried to include them in our market through the concept of aggregators. We have an aggregator of 10 MW, which brings together 15 purchasers, which then join HOPS and agree with it the conditions of flexibility, that is, the tertiary reserve. The system operator has to secure the reserve, and that is maintained by traditional producers, of whom there are less and less. Croatia is dominated by hydro power plants, which are dependent on hydrology factors. We see the concept of aggregators in the distribution network as an opportunity – pointed out Andric.

They have a limited price which is regulated and below that they allow market competition for power reserves.

Croatia has done couplings with Slovenia and Hungary and now has a stable wholesale electricity market.

Admir Softic, the assistant minister for energy at the Ministry of Foreign Trade of BiH, said that BiH was the only one in the region without a local electricity market. EP HZHB and EP BiH have expressed a desire to initiate that process and are ready, and ERS has said that they will support the idea if it is justified.

– We would have a volume of around 5 terawatt-hours in the BiH market, if it is established. The ministers will make the decisions, but the recommendations are for the market to be formed.