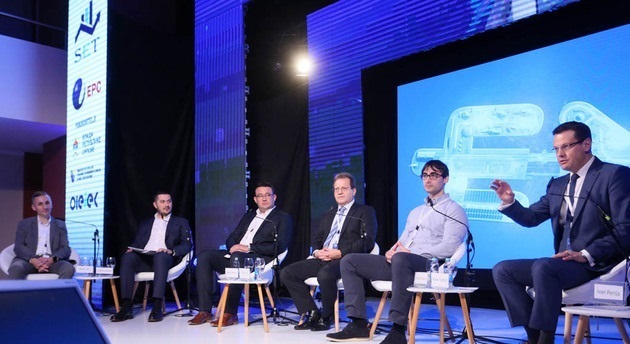 In the process of energy transition, apart from the issue of transition to renewable energy sources, a special focus is already devoted to advanced software solutions for energy grid management. Some companies in the region, such as the Croatian Končar, have been working for decades to create software and algorithms that anticipate developments online and provide guidance to engineers. Today, with decades of experience and artificial intelligence, these software and how they create added value, as explained by Stjepan Sučić, Director of Development at Končar.

Sučić, as well as Stefan Krneta, founder of Dwelt-based startup in Banja Luka, which created Platform X for the energy sector, believe that smart grids have two goals – to enable security for critical infrastructure and to offer consumers / citizens the ability to control consumption.

– The smart power grid requires the integration of new digital technologies, which are the cheapest resource of our time. By investing in the digitization of the electricity sector and implementing artificial intelligence, with the expertise of our experts, we can create additional value from our existing infrastructure. As part of this, what we saw in Končar as a trend is that most energy companies need to be extremely software-oriented, which is why a large boom of startups and startups like Banja Luka’s Dwelt are trying to create artificial intelligence into existing systems. added value – said Sučić.

Sučić points out that Končar was guided by the idea that if modern networks are to become smart infrastructure, then digital platforms for critical infrastructure are needed. The reason is the accelerated development of customer features. The aim, he explained, is not to offer ready-made solutions, but to develop in synergy with customers what the customer needs.

– What the idea of ​​the platform is to connect devices and applications and thus create a flexible environment for clear flow – secure electricity delivery, stable guidance and guarantee to the end customer. Unlike others, Končar, as a medium-sized company, has to be tailored to the customer, we meet them because it is a precondition for success in the region and the world – Sučić said.

Today, the changes are so dynamic that it would be difficult for an individual to follow them, said Borko Torbica of the Elnos Group, continuing on this topic.

– Ditigal transformation means that we have accelerated the processes with the algorithm. It would not be possible to follow the whole process of decarbonisation and the introduction of new sources online without the dynamics enabled by smart technology. There is one thing about the other – said the Vice President of Elnos Group.

– The difference between conventional networks in the past and today ‘s advanced ones is the consumer institution. Today, we have distributed production at every point within the network. The advanced network is such that it enables prediction with the help of algorithm within the software – explained Torbica, or as added by Sučić from Končar – “what used to be analog and based on the experience and robustness of the network can now be converted to digital technology”.

Referring to this topic, Mate Lasić, Director of Development at HOPS (Croatian Transmission System Operator) stated that smart grids can be talked about not only in the context of real time and network operability, but also in the long-term planning – how energy will system look 2030 or 2050.

– The smart grid enhances traditional infrastructure in a way that, in my opinion, meets two goals: making the most of our existing ifnastructure, delivering energy more efficiently, and integrating new sources of energy into existing infrastructure without compromising balance… It is not the same whether build a network today for the next ten years, or modern tools can help us to calculate whether it will help us, for example. we really need the transmission line in 2030 or maybe 2050. We need to protect the landscape as well, so we don’t change it – Lasić said.

And where is the greatest potential for smart grid development, moderator Ivan Periša asked.

– Large-scale trans-framing is done in the distribution system and a distribution system operator is formed. Then the regulatory agency gets a different role. How many consumers can stay without electricity and how many times during the month – this will be accompanied by software … It will not be comfortable for the street to be without electricity for six hours. The distribution system operator will be forced to run the network in digital trans-formation. The regulatory agency does not have to be rigid, it needs space to implement new technology, but in no way can the process go on endlessly – said Borko Torbica, Vice President of Elnos Group.

The focus is on the customer, he has extra power

Citizens will be motivated to use the smart grid when it is worth it, said Simon Tot, the leader of the SINCRO.GRID project at the Slovenian transmission system operator ELES.

– Consumers should be motivated to consume energy when they need it, and if there is no motivation, they will not be able to. The system is robust, but we are in a transition phase and need to look at multiple levels – transmission, distribution and consumers. The system is no longer divided as it used to be, and now the transmission system needs to be prepared for what is happening – a large amount of RES and reducing the use of fossil fuels… If you want the system to be safe, then flexibility must be increased in all areas – said Tot.

Stefan Krneta, founder of Dwelt, a startup in Banja Luka, also said that special attention should be paid to consumers, who in the new digital age have the ability to regulate consumption. The software solution of this startup, Platform X, used by Elektroprivreda RS, for companies means reducing losses on the network, finding illegal use of energy, predicting the need for energy, developing energy profiles of space, and supporting chargers for electric vehicles. For energy buyers, that is, consumers, it means meeting their requirements, such as monitoring real-time consumption to access this data through a mobile device.

– Our software solution is for anyone who wants to manage some kind of energy, whether it is a service provider or an end user – a consumer. The goal is to find more foreign partners in foreign markets in the coming period.

There is also a revolution in the way energy is sold, so Platform X can be a good solution, says Krneta.

– This revolution is seen in the current trend in Western Europe where eg. retailer Lidl is setting up its own energy company and is moving to selling electricity. In the future, which is already happening in Austria and Germany, we will be able to get an electricity bill, for example from Lidl. Our software is designed for just such companies, which are entering the field of energy sales.