The Balkans and coal, a story with an end? – What the region’s countries plan

Početna >> Novosti >> The Balkans and coal, a story with an end? – What the region’s countries plan 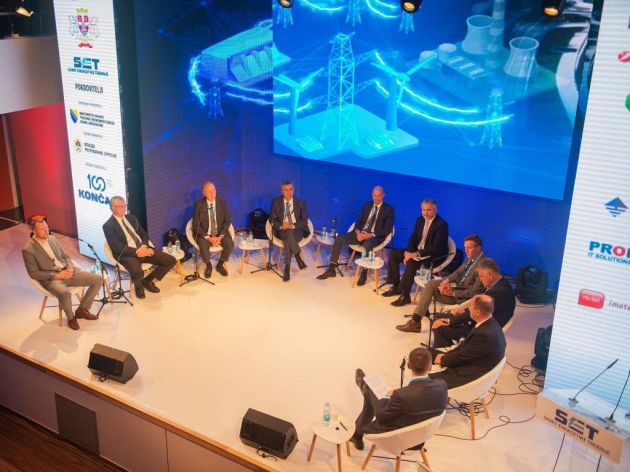 The power companies of the countries of the region agree about one thing – a big boost of investments in renewable energy sources is upcoming, but the Energy Community needs to have understanding when it comes to defining the dynamics of the energy transition – because the energy security of BiH, Serbia and Montenegro relies to a considerable extent on energy from coal and the manner of turning to RES therefore needs to be carefully considered. That is the message sent from the second panel of this year’s Trebinje Energy Summit.

The host of the gathering, the head of Elektroprivreda RS, Luka Petrovic, pointed out that, for the Republic of Srpska, it was of great importance to adopt the Law on Electrical Energy, which, according to him, is reformatory in nature.

– Under the Sofia Declaration, EUR 9 billion in investments in green energy has been approved for the Western Balkans and the countries can already apply for grants. This is very important, because the EU supports us when it comes to the construction, so that we would not incur too much debt. There is no alternative, because new sanctions have been announced for those countries which do not calculate CO2. This means that the price of electricity would be twice as big as in Europe, and the price of electricity from RES is now far lower than 10 years ago. If we remain passive, the price of our electricity will be three times as large as in the EU.

The director of Elektroprivreda BiH, Adnan Andelija, proudly announced that this power company had agreed an internal charging of the CO2 fee with the Energy Community, which is the first case of a company from the region implementing this.

Without waiting for state laws or the harmonization of the laws of the entities, Elektroprivreda BiH started a restructuring process, because they are supplied with electricity dominantly (80%) from two thermal power plans, whereas 20% of the production comes from hydro potentials.

– Our biggest challenge are the mines. We own seven and there’s a great resistance to future activities.

The situation at Elektroprivreda HZ HB is a bit more relaxed, because they are not burdened by electricity from coal and they say that they will not abandon the motto “100% renewable”.

– By building the Mesihovina Wind Farm and two important hydro facilities, we have exceeded a power of 900 MW of our total installed capacities and we now have around 1,600 and 1,700 GWh a year. Our goal in the next few years is to install another 30% of the capacities compared to what we have now. We would thereby increase the production to 2,300 GWh a year and increase the balance by 40% – said Drago Bago, the director executive for development at EP HZ HB. 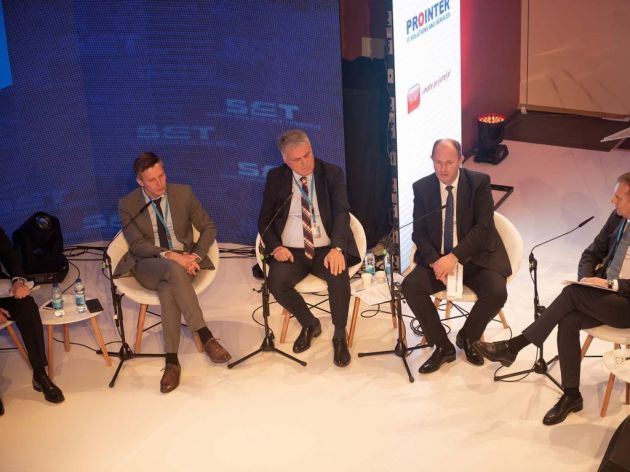 Serbia is well on its way when it comes to an energy transition, and the five new laws adopted this spring are an additional incentive for the process to be accelerated. However, as Aleksandar Jakovljevic, the director of the sector for strategy at Elektroprivreda Srbije, said, they need a clear path and understanding.

– EU states have funds for this process, and we don’t. The process itself is not the issue. It’s that, if we want to be able to handle it well, we must define the manner of the transition, the dynamics, which technologies are to be used and how it is to be financed. Serbia is now well-balanced when it comes to energy, it is not dependent on the import of electricity, unlike oil and gas. If we rely on gas more, we need to know, for example, that one gas power plant of 300 MW, which would work 7,000 hours a year, increases the country’s dependence on the import by 1.5% – Jakovljevic pointed out.

Milutin Djukanovic, the chairman of the board of directors of EP CG, believes that it’s not a bad strategy to keep coal as a source, with a boosted construction of wind and solar capacities.

– We expect the Energy Community to meet the region halfway and to have understanding, so as to avoid a social disaster.

North Macedonia is aware that their coal is of lower quality than the one in Serbia or BiH, so it has decided to no longer invest in coal mining, because investing in new sites would cost the state power company ESM more than EUR 100 million, said Blagoj Gajdardziski, the director of development and investments in that company.

– We have decided that there will be no investments in new mines, and we will keep the maintenance of the existing power plants at a minimum. By 2024, we will have closed our biggest thermal power plant, Oslomej, and put into operation the solar power plant at the former disposal site. It will have a power of 100 MW and is the result of a public-private partnership.

– In an eight-year period, we want to build solar power plants of 800 MW. A half of that capacity will be realized as a public-private partnership, and a half will be an investment by ESM – Gajdardziski said.