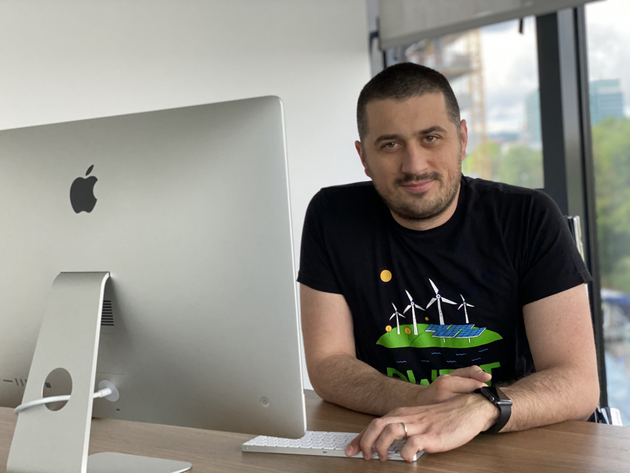 The Banjaluka-based company Dwelt is the first in the region to develop its own software solution meant for suppliers of electrical energy, as well as operators of the distribution system. The software solution is Platform X Core and pXD.

– In line with this, our focus at the Trebinje Energy Summit is on presenting the possibilities of the software platform to companies which operate in the open market of electrical energy. Our vision, from the very start of the idea, through its realization and now, when we are talking about development, entailed placing the focus on companies which sell clean energy, that is, energy from renewable sources – Stefan Ktneta, founder and director of Dwelt, a company which will present its services at this year’s Trebinje Energy Summit, says in a statement for eKapija.

Krneta says that the year of the pandemic 2020 was unusual to say the least and even challenging, in the sense of offered solutions for numerous processes in all segments of the society, including the business community, regardless of the business field.

– What I am 100% sure of, after this year, is that, in the next five to ten years, electricity will become the most important source of energy, because the digital world cannot survive without electricity, and the need for it, for the digital world, is now clearer than ever, even to the skeptics. In the words of my profession, Covid 19 is definitely one of the main drivers of the digitalization in general – Krneta points out.

In that sense, the data they came to analyzing last year’s trends in the energy market, which concern the sources of electrical energy, are interesting. As our interviewee explains, the price of oil was negative for the first time in history, whereas solar energy became the cheapest source of electrical energy.

– This clearly shows the importance of the management of energy as a strategic resource. With continuous development of the software platform meant for the energy sector, last year we also started planning the project of the preparation of the first “energy cloud” in the region.

Digitalization 2.0 has become the main “technology disruptor” for the next ten years and will certainly change the way we think about energy, Krneta clarifies.

– Our projections for the digital energy sector are that it is only in the next ten years that there will be a mass digitalization, led primarily by the availability of new technologies, such as 5G, AI, big data, IoT and cloud computing.

Dwelt is currently completing the process of separating the distribution and the supply at Elektroprivreda Republike Srpske, within which they are implementing the software platform for both the public and the market supply of electrical energy and implementing over 60,000 smart metering devices into their own AMM/MDM software through two projects.

– This year, we also plan to put into production the first “smart metering” software-as-a-service product and to work on developing our own cloud, specialized for energy companies.

Krneta points out that Dwelt already cooperates with similar companies from Austria and Germany. The quality, the high degree of knowledge and the professional approach, he says, open the possibility of cooperation for companies from the region as well.

The Energy Summit SET 2021 is organized on May 20-21 by Elektroprivreda RS and the SET company, under the aegis of the Ministry of Foreign Trade and Economic Relations of B&H, the Government of RS and the Koncar company, with the general sponsorship by Elnos Group and support from Infinity Group and Dwelt.

The eKapija portal is the media sponsor of the Trebinje Energy Summit 2021.