Region’s Challenges in Switching to Solar and Wind Power Plants – North Macedonia Brave in Reforms, RS Wants Over 1,000 MW Based on RES in 10 Years

Početna >> Novosti >> Region’s Challenges in Switching to Solar and Wind Power Plants – North Macedonia Brave in Reforms, RS Wants Over 1,000 MW Based on RES in 10 Years 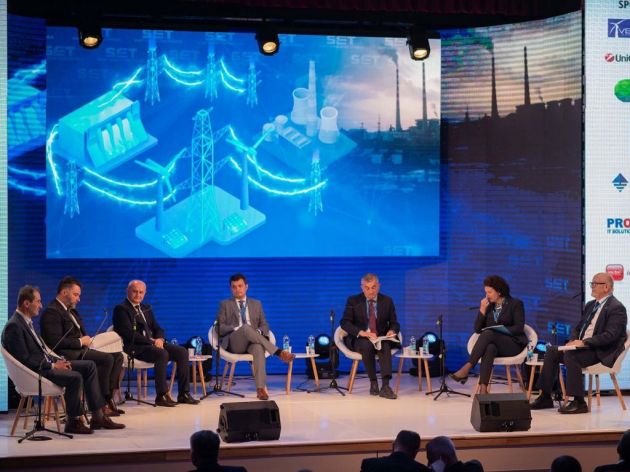 So far, concessions for 770 MW from RES have been given, and the plan is to award concessions for another 443 MW at new facilities and the projection is that this might be built in the next ten years, if there are no obstacles, said the minister of energy of the Republic of Srpska, Petar Djokic, at the first panel of the recently completed Trebinje Energy Summit 2021.

He repeated that obstacles had already appeared, citing the example of the construction of the HPP Buk Bijela, and invited for a dialogue to take place so that the process of decarbonization in BiH would not stop.

– Such disputed threaten to stop the process of decarbonization. Our energy, if we don’t build new facilities, would be burdened by the fee, which will make it unprofitable to export and in that sense this is a complex process that we are entering. We are not cowards, we had the courage to adopt important policies and laws and I am therefore optimistic that we can make a successful turn toward investments in RES – Djokic pointed out.

As Djokic said, the production of electricity in RS relies of thermal power plants, more precisely, 60% of the power comes from them, but in the meantime a lot has been done to facilitate investments in green energy too.

– We have around 40 MHPPs and 50 small solar power plants built and they all together comprise around 120 MW of installed power. The construction of new energy facilities is in progress too. We are aware of the process of decarbonization, but also the problems that await us – financial investments for the purpose of sustainability of the existing thermal power plants and social risks. We have two regions in RS which are dependent on thermal power plants – Gacko and Ugljevik. At the moment, energy security in RS is not possible without the operations of those two thermal power plants and that is something that we have to take into consideration – Djokic said.

– The Energy Community needs to be more understanding toward the countries of the Western Balkans in relation to the EU, which do not have the baggage of the past like us, which has largely slowed down the energy transition. We are not looking to be exempt, but to be understood, which for us means a longer transition process. TPP Stanari and TPP Ugljevik are examples of us contributing to environmental protection. I don’t see any great danger when it comes to building new thermal power plants, but I see a great financial obligation when we do build it. We’ve heard that TPPs are not profitable and that it is a great problem for the owners, so we have turned to green energy – emphasized the minister of energy of the Republic of Srpska.

He reminded of the importance of the adopted Law on Electrical Energy in RS, which defines a whole range of measures that should change the state of this market, to have it liberalized, which, as Djokic said, has already been done.

– The market has been open for a long time and the widest range of providers can appear. Under this new model of organization of ERS, we already have signed agreements on supply with both purchasers in the sphere of the economy and with citizens. We have already changed the awareness of people, so that they realize that one kilowatt-hour can no longer be in the function of social needs, but a resource on which the economy can develop in the future, or a resource which can contribute to the economy of RS – Djokic concluded.

A brave fight on the road to energy transition is being fought very successfully by North Macedonia, which has adopted more than 100 bylaws since 2018 in order regulate investments in RES. Viktor Andonov, the energy adviser of the prime minister of North Macedonia, therefore emphasized once again at the Trebinje gathering that there’s no time to waste. The country has adopted the Law on Energy, taken the latest EU directives in this field and has been helped in all this by the Energy Community Secretariat, USAID, EBRD and others. As Andonov said, without that help, they would not have been able to regulate this field so fast.

– I would say that we have prepared well for the transition. If we follow the segments of our journey, which has now lasted for four years, I can say that we have successfully completed the entire process and are now in the third segment – we are preparing for investments. That is why we’ve been pronounced the champion of energy transition by the Energy Community Secretariat. We have changed the law so as to accelerate investments in RES. Instead of giving money to investors, we collected EUR 3 million in the budget in the auction process. So, we signed agreements on around 60 MW and we will help them with EUR 3 million without additional costs to the budget over 7 years. Those procedures have proven to be successful. A year after the agreements, several of those power plants were put into operation. This has all contributed to the fact that we have more and more inquests from foreign investors, which are coming with projects, because they know that we have the capacities – Andonov said. 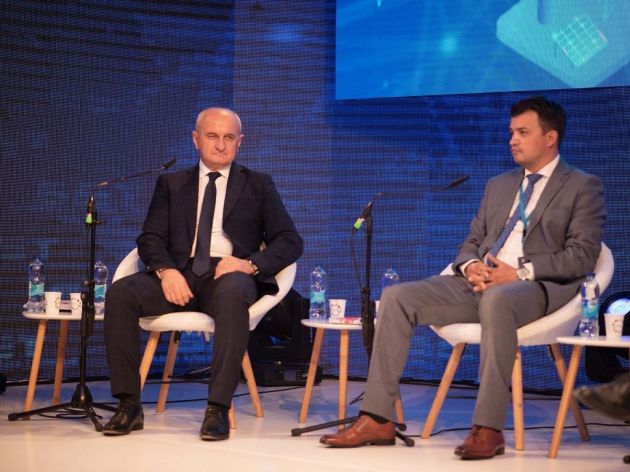 New procedures for the planned 60 MW of solar energy are also being prepared.

– Our energy strategy until 2040 will follow the European energy and climate standards. In creating this strategy, we were helped by consulting company PriceWaterhouseCoopers, the UK Embassy in BiH, the NGO sector and other working groups. We have been praised by environmentalists too, who have started promoting our strategy. We are the first country in the region to prepare the National Energy and Climate Plan, we have sent it to the Energy Community Secretariat, which has provided comments on it and we have integrated those. We expect the government to adopt it soon.

Among the priorities for North Macedonia, he said, will be to start shutting down its biggest thermal power plant in the next three years.

Montenegro also has problems with thermal power plants. As the minister of capital investments, Mladen Bojanic, said, the TPP Pljevlja exceeded the allowed 20,000 hours of production of electricity from coal in December 2020 already, and it was agreed for them to be spent by 2023.

– As a state, we have been praised for adopting modern laws in this field, but we performed very poorly in implementing them. The best example are the small hydro power plants. The previous government motivated investors to build such projects. There were incited to invest in them, because they are RES-based, and then environmentalists and local self-governments started speaking against it. We have created a problem for ourselves. However, I believe that progress is possible, we only need time. The aim is to become an energy-rich country, while still having the environment preserved – Bojanic emphasized.

The resident representative of the UNDP for BiH, Steliana Nedera, emphasized that the states needed to put more money in growth and development, aside from investing in maintaining the budget and repaying the debts.

– We need to understand that coal and solid fuel-based heating are a real problem and that 4,000 people die each year in BiH from pollution. I believe that it is possible to reduce this pollution by 90% by using certain technologies. That is why, as the UNDP, we want to work with all the actors and we need to be part of that process. Urgency, ambition and agility are needed.

Nedera repeated the words of the UN secretary-general, Antonio Guterres, who had said that it was high time to do something about climate change, first on the global level, and then for the states to revise their plans and show an even greater initiative.

– Two thirds of CO2 emissions come from energy facilities and we have to keep that fact in mind – Nedera pointed out.

Janez Kopac, the secretary-general of the Energy Community, when asked what the future of nuclear power plants was, said that the existing ones would remain working, but that no new ones were to be built, not being cost-effective.

– They are building one in Hungary now and it will be a great source of electricity for this region, but I don’t believe that new ones are to be built in Slovenia.

Kopac pointed out that the technology of storing energy was developing very fast and believes that the progress of those technologies will make the investments less risky.

– We don’t have that many sectors that can accumulate the kind of capital that the energy sector can, so we need to be proactive. We are soon to adopt the Law on RES, through which we will replace the existing models of incentives for investments. Technological progress is visible, so we can expect cheaper facilities under construction, both in solar and in wind capacities – the minister of energy of RS, Petar Djokic, concluded.