SET 2022: BiH Is Supplied with Oil and Petroleum Products, Still Looking for a Model of Forming Mandatory Reserves

Početna >> Novosti >> SET 2022: BiH Is Supplied with Oil and Petroleum Products, Still Looking for a Model of Forming Mandatory Reserves 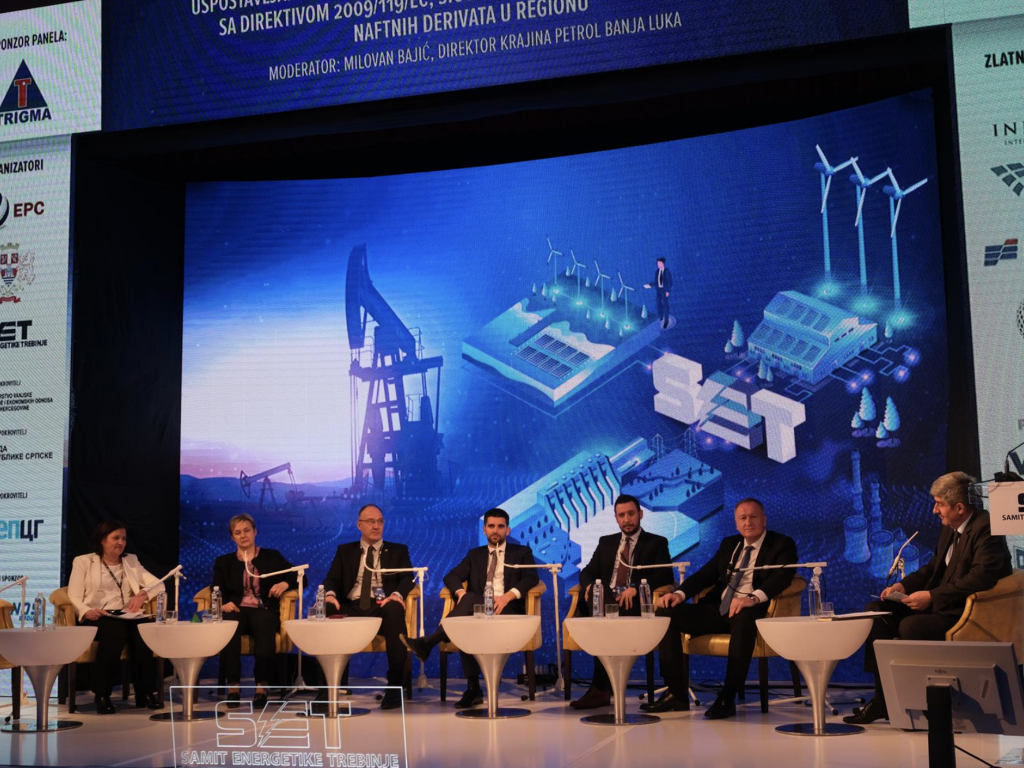 In late February and early March, we witnessed great turbulences in the world oil market, as a consequence of the geopolitical situation regarding Russia and Ukraine, which has reflected on gas stations throughout the world. Of course, this has also affected Bosnia and Herzegovina, so there has been a lot of reporting on the prices of fuel, and the situation has more or less stabilized in the past days.

At the 2022 Trebinje Energy Summit, one of the panels was dedicated to this issue and the question of forming mandatory oil reserves in BiH, and the discussion was led by Milovan Bajic, the director of Krajinapetrol.

As Aleksandar Ivankovic of Optima Group explained at the very beginning, when oscillations happen in the oil market and the price varies between 10 and 15 dollars per one ton of diesel fuels, those are considerable values, higher than the profit margins that traders make and the kind of values that require a reaction. In practice, this means that the fuel we can buy at gas stations will be more expensive by one to two pfennigs.

– If there are oscillations by one to two pfennigs in the market, that’s considered a big oscillation in the market and a non-standard situation that we need to adapt to. What have we witnessed in the past weeks? That there can be an oscillation by 400 dollars per ton in one day. This meant that, in the morning, when we go to work, we buy fuel at one price, and then, at the end of the day, we buy for 60 dollars more. Furthermore, it has happened in practice that clients want to increase their supplies, so we fix one price in the market in the morning, then another one at noon, a third one in the evening, and we supply the market from several different sources, from different ports. What happens then is that, at some point you load 100 cisterns at different prices and some take 24 hours to travel to the gas station, some take 48 hours, others take even longer, so when they reach the gas station, the goods of a certain value are unloaded. The regulations limit you to the maximum margin you can have at retail outlets, and another limitation which our legislation does not recognize is selling goods with losses, with a negative margin. This makes end-customers at gas stations, but also all participants in the distribution chain, nervous. There have been great oscillations at gas stations, depending on which gas station got which cistern – Ivankovic clarified. 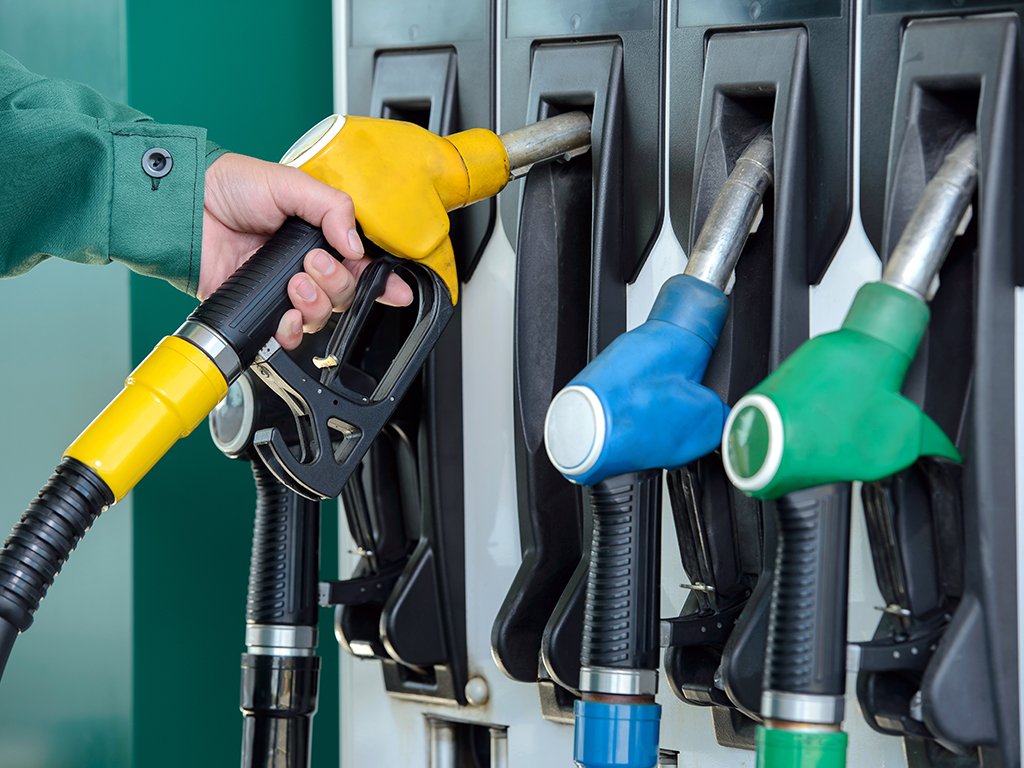 The situation in BiH is stable at the moment, Ivankovic repeated. There is enough oil and petroleum products, but companies would like to be able to make projections.

Venan Hadziselimovic, the executive director of Hifa Oil, agreed with Ivankovic that panic should not spread, that BiH was well supplied, but that there certainly should be caution, because there were certain limitations. He believes that, if it comes to the point where BiH is no longer able to import from certain markets, that should be compensated for from other sources. The quickness and the handling, he says, have been the key words in the past weeks among oil companies.

– The advantage of BiH is that it is surrounded by various source of supply and the goods are coming from several ports in our proximity – Ploce, Omis, Krk, Bar to some extent, all the way to continental refineries. Hifa Oil has maneuvered through this situation very well, using quality communication with the existing suppliers, among which is also Optima Group, but we also communicated on time with other sources as well, all to the end of making the market stable and secure.

BiH is the only country in the region, Hadziselimovic says, which needs to import goods of European origin. It can also import it from other sources, but, in that case, it pays a 10% tax on the import of those goods which are not from Europe. This, he believes, creates additional difficulties.

The panel also featured Vesna Krstic of the Agency for Mandatory Oil Reserves of North Macedonia, who repeated that the country was 100% dependent on the import of oil, because the only refinery they had had was no longer working.

– According to what our biggest supplier, Okta, says, there is no oil crisis and there won’t be one in the foreseeable future. There’s no panic about there not being fuel here. Instead, there’s panic about the prices. The prices are slowly dropping these days, as I’ve seen, which is good – Krstic pointed out.

The moderator of the panel, Milovan Bajic, presented the data which showed that BiH had over 1,500 gas stations, the largest number per capita in the region, and that the consumption per capita was much lower compared to the countries of the region.

– In that situation, the operations of gas stations and retail outlets is mostly not very profitable, and many even operate with losses, although it’s hard to believe for some.

When a state of emergency is declared, the measures should be picked carefully, Bajic believes and adds that this particularly goes for the guidelines as to what the measures pertain to.

– When we’re talking about limiting the margins, according to our decrees in FBiH and RS, things are not clarified and are not adequately implemented in practice? What are the problems that distributors experience? Imagine a distributor that is not a wholesaler, having a million liters of petroleum products at the gas stations. Today, the distributor sells them, for example, for 2.2 convertible marks and can’t charge more, because that’s the maximum margin on the purchase prices. It is then all sold at some price and then, tomorrow, they can no longer buy a million liters, but 700,000. This is a hyperinflation in the energy sector. It’s not a problem whether someone loses money or not, the problem is that liquidity cannot be achieved. You will sell out the goods, but then you won’t have the money to buy it, if there are goods at all, and that’s when more serious problems occur – Bajic says.

The prices of fuel in North Macedonia, as Vesna Krstic pointed out, are now defined on a daily level, in line with the London market.

– The price of a liter of fuel is determined by the market price of crude oil, and then there’s also the harmonization of the dollar-denar exchange rate differences. 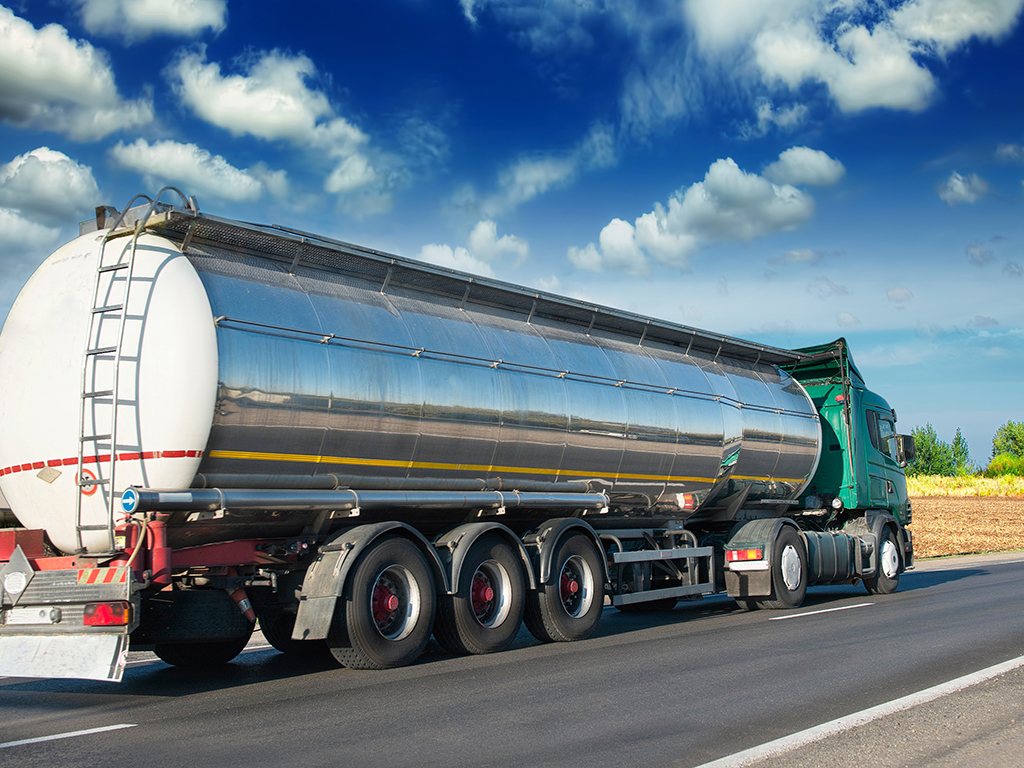 Mandatory reserves – how far have we come?

The panelists especially touched on the subject of mandatory reserves of oil and petroleum products in BiH, because the state is obliged to establish them by the end of 2022 according to the EU Directive. As Aida Haracic of the Ministry of Foreign Trade and Economic Relations of BiH explained, so far, there has been no progress regarding this, because there has not been a compromise between the entities. This ministry is running the process, the Work Group has been formed, but there has nevertheless not been much progress. A meeting of the ministers from both entities, which is supposed to put things into motion, is expected in April.

And what is happening in practice while we are waiting for state-level decisions? This was explained by a member of the management of the company Operator – Terminali FBiH, Slaven Zeljko, who said that FBiH had four continental terminals and one maritime terminal and that they had been trying to make them operational for years. Those terminals have the capacities that suit the needs of the Federation now – 220 million liters of crude oil.

They are not operational at the moment, because the property-legal relations are being solved. Two years ago, the terminal in Zivinice was partially put into operation.

– Since 2014, there has been a fee of 1 pfennig on the retail price and, so far, in FBiH, the fee was accumulated each year in some amount, but there’s a problem of having to use the accumulated fee for oil reserves to first repair the capacities and only then start the process of procuring oil and petroleum products in order to have them at our disposal. By the way, according to the Law on Petroleum Products in FBiH, the mandatory supplies proscribed by the directive can only be stored in facilities owned by the Government of FBiH, which means that we can’t use the capacities of private companies – Zeljko clarified.

This whole process of forming oil reserves costs over 100 million convertible marks, he said, which is a serious investment for FBiH and that is why initiatives are sent to the state to have that process accelerated for the operator through state guarantees and a program of public investments.

RS has no infrastructural problems with storing oil, but there is the problem of the enormous amount of money required for it. At normal prices, it costs EUR 125 million.

North Macedonia has formed oil reserves and they match 54 days of the average daily net import in 2001. The primary way of financing is through a compensation, and the government sets its amount by a decree. The compensation amount has not changed since 2010 under the assumption that it would change retail prices.