SET 2022: Challenges of Decarbonization of the Region – Emission Unit Trading as Potential Opportunity 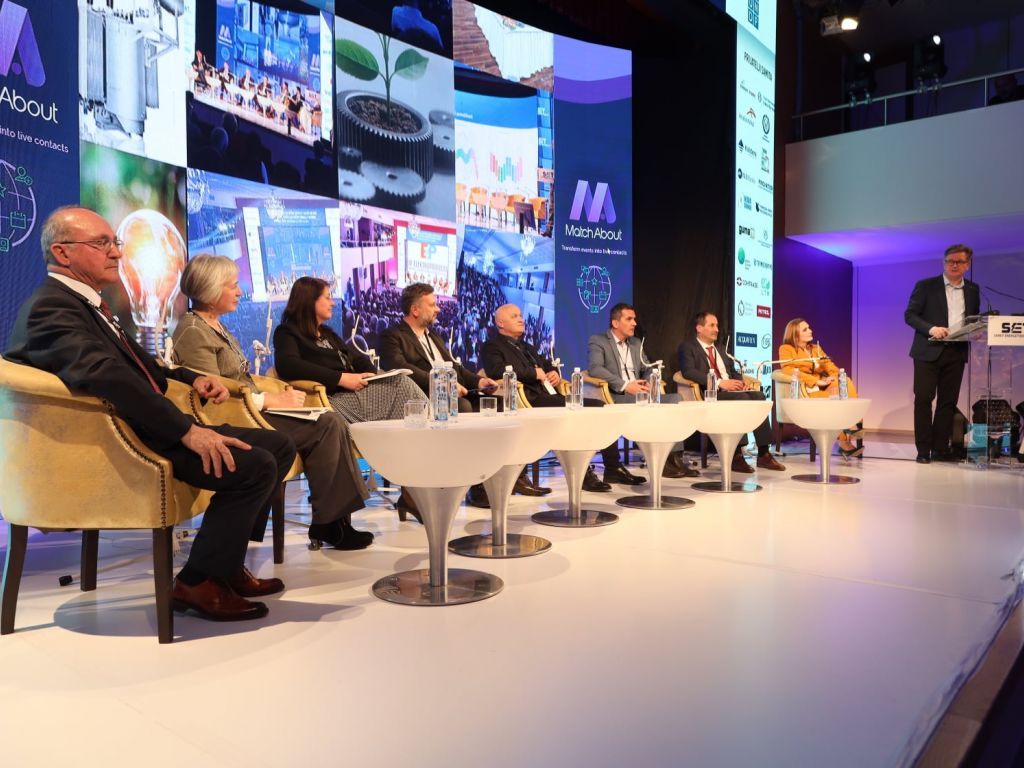 A study done by the Energy Community of the EU has shown that the goal of achieving zero emission of CO2 by 2050 is reachable, but that it needs to be done gradually and without major disruptions, pointed out Milka Mumovic, an energy expert at the Energy Community, at the beginning of the panel on decarbonization at the 2022 Trebinje Energy Summit.

– We have developed this gradual approach, invited the actors, the producers that use coal and others. The first step is to take a look at what the CO2 emission quantities are, and several acts which concern the monitoring, reporting and verification of CO2 emission from production facilities need to be adopted. I expect that we will adopt the planned documents this year at the ministerial council, and, in the meantime, according to the plan of the Study, we need to start calculating the internationalization of the pollution costs, to calculate that in as a real cost that the polluter will pay – Mumovic pointed out.

Branka Knezevic, the head of the Department for Primary Energy and Policy at the Ministry of Foreign Trade and Economic Relations of BiH, says that, in their time, they had technical assistance from the Energy Community Secretariat and the World Bank and that they prepared the Road Map together with the Secretariat, and adds that, with that map, they would implement the scheme of the CO2 price and emissions trading in BiH.

– The first draft was prepared, according to which this model should be implemented by January 2026. The first activity that we will realize by the end of this year is to prepare detailed information about the models of emissions trading and send it to the Council of Ministers of BiH. 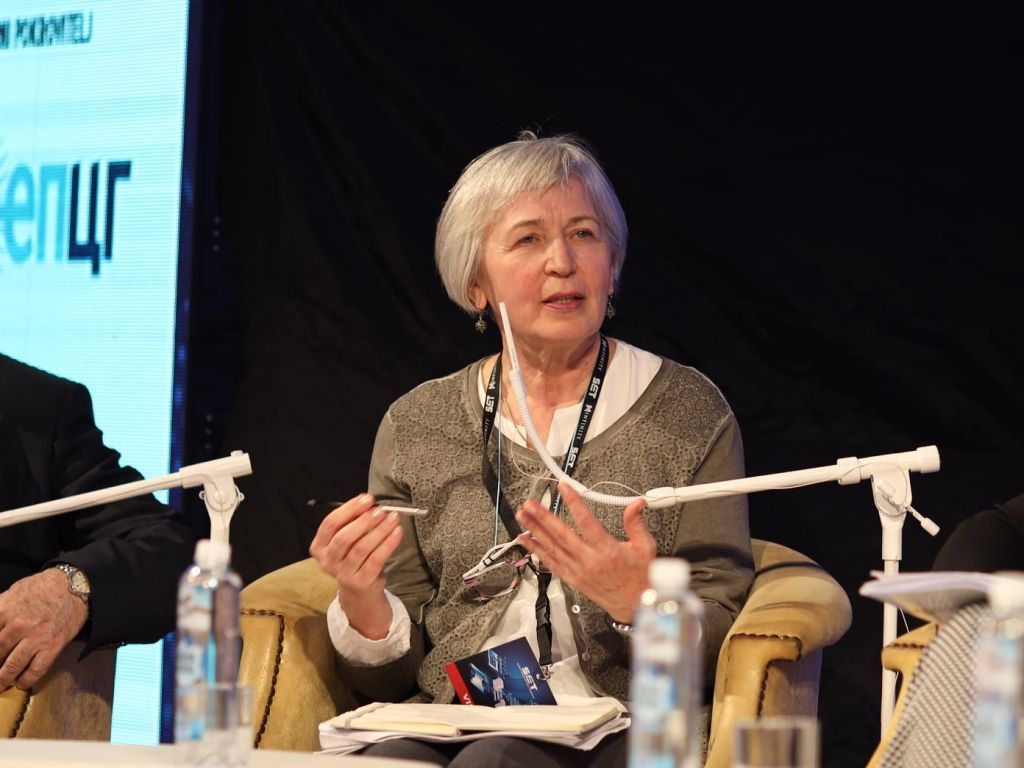 – In this process, we had the approval of all the institutions from the levels of BiH and the entities. With the implementation of this system, we want to avoid the taxation of the cross-border CO2 emissions, which was announced in June last year in the EU – said Knezevic.

Vladimir Durutovic, the director of the Directorate for Energy and Energy Efficiency at the Ministry of Capital Investments of Montenegro, wanted to point out that the mechanism could be misused as well, which had happened in that country. The mechanism, he said, is not bad, but implementation just for the sake of it is not the goal. The goal is to get some financial funds from the emitters and to then have them invested in energy efficiency, RES and other green projects.

Which path is BiH heading down?

Considering that Elektroprivreda RS gets 55% of its electricity from thermal blocks and 45% from water, it is clear that its orientation is toward investments in RES and having its system secured and kept stable. That they are heading in that direction is also shown by the announced construction of 1,000 MW by 2030, said Borivoje Vujicic, the director of the Directorate for the Production of Electrical Energy at ERS.

– We have long since stepped into the field of decarbonization and our investment cycle shows how we see the future. As our main guiding principle is for the system to be sustainable, stable and secure, we have to create it so that it is as resilient to the changes in the market as possible. When these parameters are met, we will know that we are on the right path – Vujicic stated.

His colleague from Sarajevo, Anes Kazagic, who is the head of the Sector for Strategic Development at Elektroprivreda BiH, believes that the long-term strategic planning of investments is certainly affected by the topic of CO2 emissions and how to reduce them. This power company, for example, recorded 9.5 million tons of CO2 emissions in 1990, and then they gradually reduced it over the years to 5 million tons. 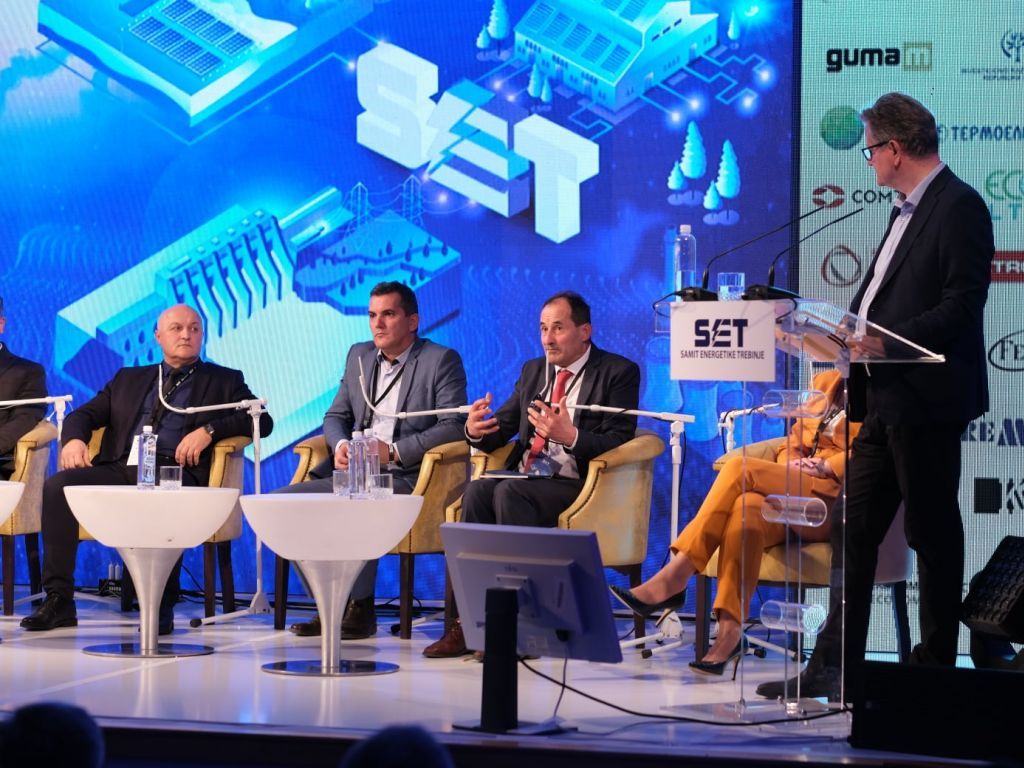 Dr Nikola Rajakovic, a professor at the Faculty of Electrical Engineering of the University of Belgrade, believes that new capacities which are meant to replace thermal blocks should be built in a reasonable way – seeking to replace fossil fuels by building RES-based facilities.

– EPS needs to go in the direction of decarbonization and there’s no doubt about it. The most important of all the coordinates in this process is the time coordinate. I am sure convinced that Serbia is heading toward decarbonization precisely for our own sake, and that will produce results. We have not yet set a clear dynamic within binding frameworks, but the first framework we rely on is the Sofia Declaration and the year 2050 as a year without coal.

Rajakovic pointed out that, in the future, Serbia would also have to rely on a hydrogen strategy, because that is where the opportunities for the energy system are.

Janez Kopac, an expert consultant and a former director of the Energy Community Secretariat, referring to what professor Rajakovic said, praised Serbia’s efforts in this field and the study that the country had prepared with the World Bank.

– However, the main political question remains – who will tell the miners the news? That is the only question that is important here, but it is realistic to carry out decarbonization within Serbia itself.

Having led the process of coal transition in central Slovenia, Kopac pointed out, he realized what kind of flexibility was needed to meet all the challenges, while also securing the finances for the entire process. The EU, he says, cannot have the same expectations from rich countries and those in the Western Balkans. He reminded that the EU had a fund of EUR 750 billion for its own states, and that, for the region, it had the announced EUR 9 billion. 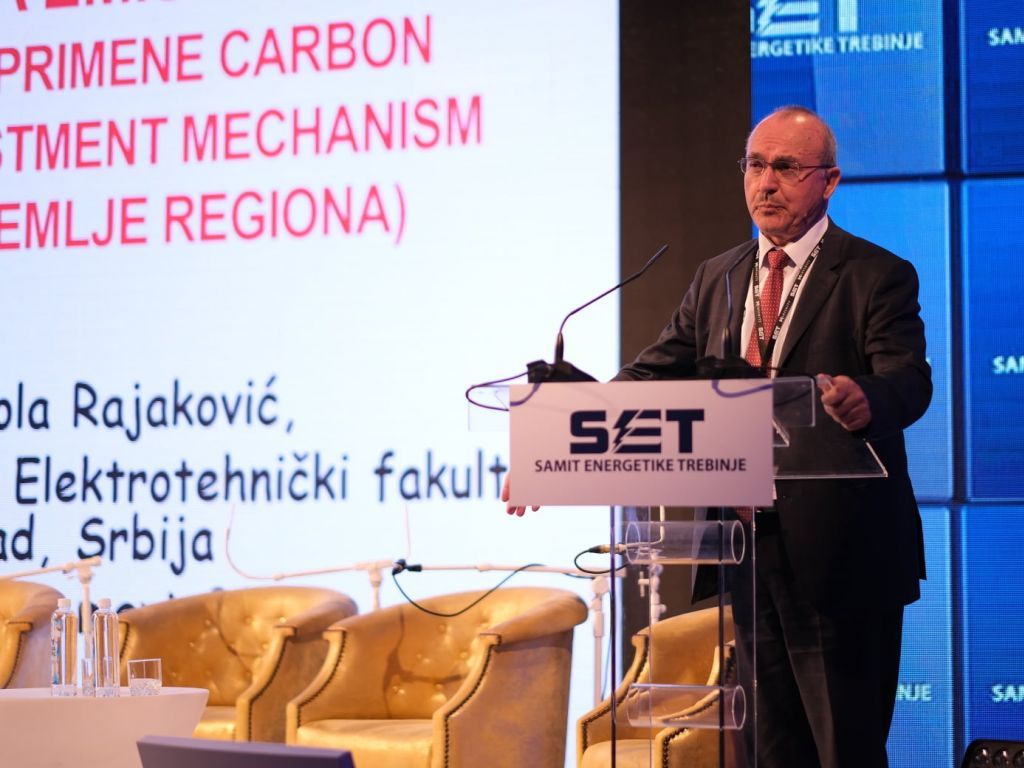 Trade and a transparent market

If the question is whether we will accept CBAM or go for unit emission, I am in favor of unit emission, because we are no longer that poor that we have to use our rich natural resources to make developed countries even wealthier, believes Dragana Garaca of the Banjaluka-based company Monet Broker.

– Not implementing emission units would mean that our products are much more expensive in EU markets, so that would be two steps back. It is clear that thermal power plants will resist the implementation of this system, but we certainly have to find some compromise there and see what it will mean for the entire economy. It is very important not to fall into the trap of national markets. We now have several markets and a regional one and the effects of those markets are very modest.

In mid-2021, Elektroprivreda BiH implemented an internal calculation of CO2 emissions, at the initiative of the Energy Community Secretariat.

In the rulebook on the distribution of the prices, they defined the methodology of emissions calculation, the prices of the emission of a ton of CO2, which was 100 convertible marks per ton in 2021, which, according to their analyses is the average price in the ETS market.