These are the conclusion of the second Trebinje Energy Summit 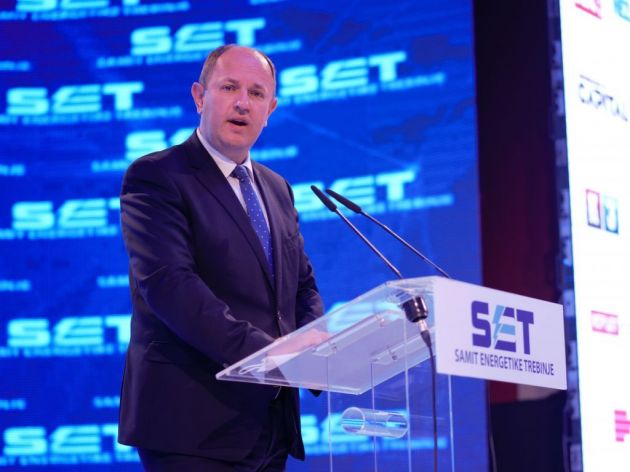 Through joint forces, with the City of Trebinje and the SET company, we managed, like last year, to realize a large and important summit, which had a far-reaching effect, with many important messages sent from seven panels. The topics were full of content, there were plenty of participants in the panels and I primarily want to thank everyone for having taken part in the summit – the panelists, the introductory speakers, the moderators, the sponsors, the media, said Luka Petrovic, the director of Elektroprivreda Republike Srpske (ERS), the power company of the Republic of Srpska, at the closing of the 2021 Trebinje Energy Summit.

Petrovic pointed out that the summit had featured participants from all countries of the region and that, through an exchange of experiences and knowledge, they had reached conclusion about the changes that await the energy sector in the region.

Each of the seven panels, as the head of ERS said, had its own message.

– The sentence that marked the first panel is that energy transition needs to be carried out with financial support of the European Union. We can all talk about decarbonization, but we cannot close thermal power plants without at the same time drawing down funds and making new capacities for the production of electricity from RES. This is something we will talk about at a meeting at the level of the Western Balkans countries, which we have discussed with the secretary general of the Energy Community, and we will present the policy to the European Commission, so that it would take into account our gradual access to the decarbonization process, but also help us finance the construction of new facilities – Petrovic said.

The main thesis of the second panel was that it was necessary to work on energy facilities in the field of RES, which would partially or gradually be financed with the EU money.

– It is apparent that the European Commission has approved EUR 9 billion for the Western Balkans, and not just in the field of energy, but also infrastructure and digitization. In those fields, we have that amount at our disposal, for the 2021-2028 period. Certainly, there are concrete projects, but also those that we will delegate in order to get money, and we will see whether it is possible, especially in BiH, given the complex political circumstances – Petrovic pointed out.

– As for the topic of the development of district heating in the region, as the topic of the fourth panel, the conclusion is that it is necessary to organize the joint operations of heating power plants, local self-governments and the state when it comes to the unification of the operations of heating plants, in the areas where it is necessary, but also on creating inciting mechanisms for an increase in the share of RES and energy efficiency in the systems themselves – Petrovic said.

Talking about decentralization within energy systems, Petrovic repeated the conclusions of the fifth panel and said that it was necessary to carry out decentralization so as to enable network users to be active users of the system and create the need for an accelerated implementation of technologies and concepts, whose full integration requires a legal framework and a stimulating and encouraging environment.

– It is certainly necessary to prepare and adopt new RES laws, design systems for storage and management of those sources of energy, prepare transfer capacities for handling such energy and it will be a ten-year period for the process of accepting those energy sources.

Defining a model and dynamics of construction of new facilities

The sixth panel on the development of potentials of RES and their integration into the system sent the message that it was necessary to make a good regulatory framework and infrastructure for RES, whereby the investments in this sector would increase throughout the region.

– Of course, it has been questioned here whether it is possible to build RES-based facilities without jeopardizing the financial stability and liquidity of the existing systems and without incurring such debt that we can’t go further with the transition. So, it’s necessary to define a model and dynamics of the construction of new facilities based on RES – said Petrovic.

The final, seventh, panel talked about the models and the obstacles to investments in the energy sector. Important opinions of the Energy Community, the EBRD and other participants were heard and the message was that the green economy and the circular economy in the EU reflected on the region and that it would lead to an investment boom which aims to strengthen local economies.

This is a complex process with complex procedures, Petrovic pointed out, especially in BiH, where it happens that an investment sometimes takes around ten years to be realized, so the legislative procedures certainly need to be shortened, which requires new legal frameworks. More has been done in the Republic of Srpska, FBiH is waiting for new regulations and the country needs to keep up with the countries of the region which have done more.

– We need a combination of investments in solar and wind capacities, in order to avoid the costs of balance energy, because the price will remain high until transfer capacities are prepared, as well as the consumption itself. The position that the consumption needs to increase was presented, because the networks cannot only transfer the energy, but also need to be emptied, that is, they require an increased consumption of energy – Petrovic concluded.