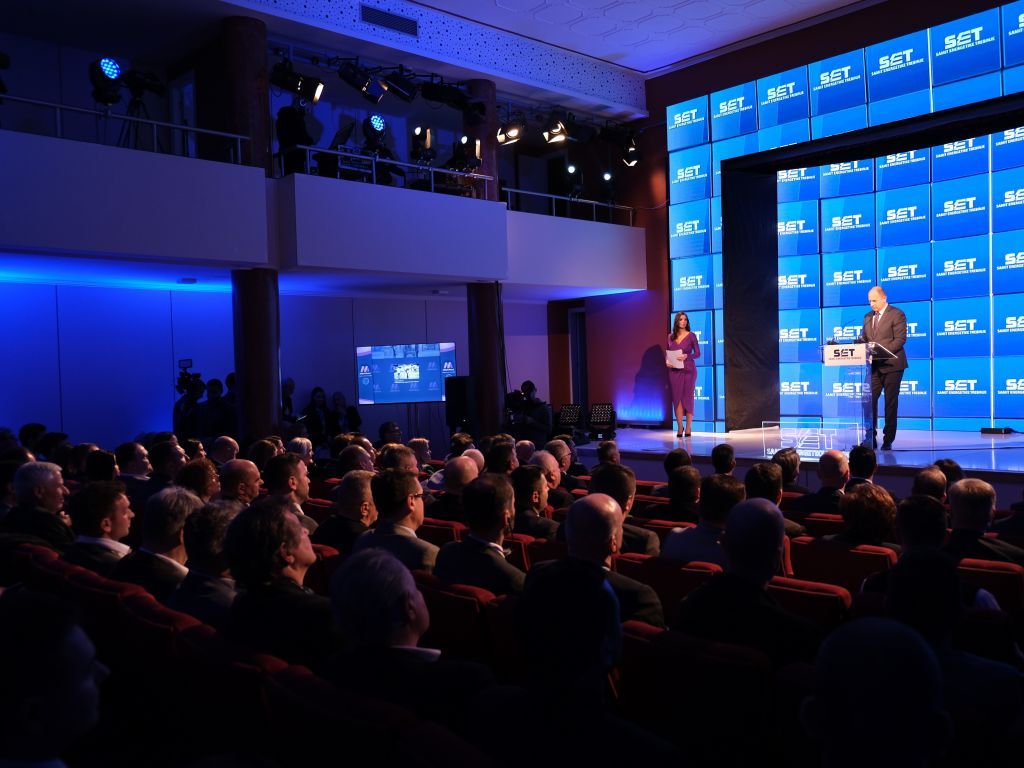 The third Energy Summit opened in Trebinje on March 16, 2022. This year, it lasts three days, and until Friday, March 18, discussions and speakers which will talk about the most important questions regarding energy in the region, but also the world, are expected. The most prominent representatives of the energy sector have gathered in the city on the Trebisnjica – from state secretaries, competent ministers, main executives of the power companies of the countries of the Western Balkans, to representatives of companies, science institutions, faculties, banks and the wider business community.

Elektroprivreda RS, along with the City of Trebinje and the company SET, confirms the justifiability of organizing an expert, science and, increasingly, business and regional energy summit, the director of ERS, Luka Petrovic, said at the opening.

– The summit enables us to communicate with each other, to create experiences, joint plans, projects of development of the energy sector in our areas. It is my special honor to have here with us friends from the countries in the area, Slovenia, Croatia, Serbia, Montenegro, North Macedonia, and then also Germany, Poland, China. Together, we can be more stable, profitable and organized. We want to pool together and upgrade the work of all the employees in the energy sector in this region – Petrovic said.

The minister of foreign trade and economic relations of Bosnia and Herzegovina, Stasa Kosarac, reminded that BiH had accepted the previously signed declaration on the green agenda, thereby expressing a strong orientation toward harmonizing with the ambitious goals of the EU, which primarily pertain to climate neutrality by 2050 and the implementation of a range of rules which will contribute to the reduction of harmful gas emissions.

– The ministry cooperates very well with entity institutions and the governments of the entities and districts, which are working actively and at a rapid pace on preparing a complex and demanding integrated energy and climate plan for BiH until 2030, and through which the energy sector is decarbonizing gradually. An important segment and a challenge which we will certainly meet is the implementation of the system of trade of emission units of the EU, whereby the facilities which produce electrical energy and industrial production are introduced into a complex system of trade of emission units pertaining to gases which have a harmful and polluting impact on the environment – Kosarac said.

He also notes that the consequences of the implementation of the carbon-adjustment cross-border mechanism could very well influence the local economy if the system of trade of emission units is not functional and in line with the defined deadlines. 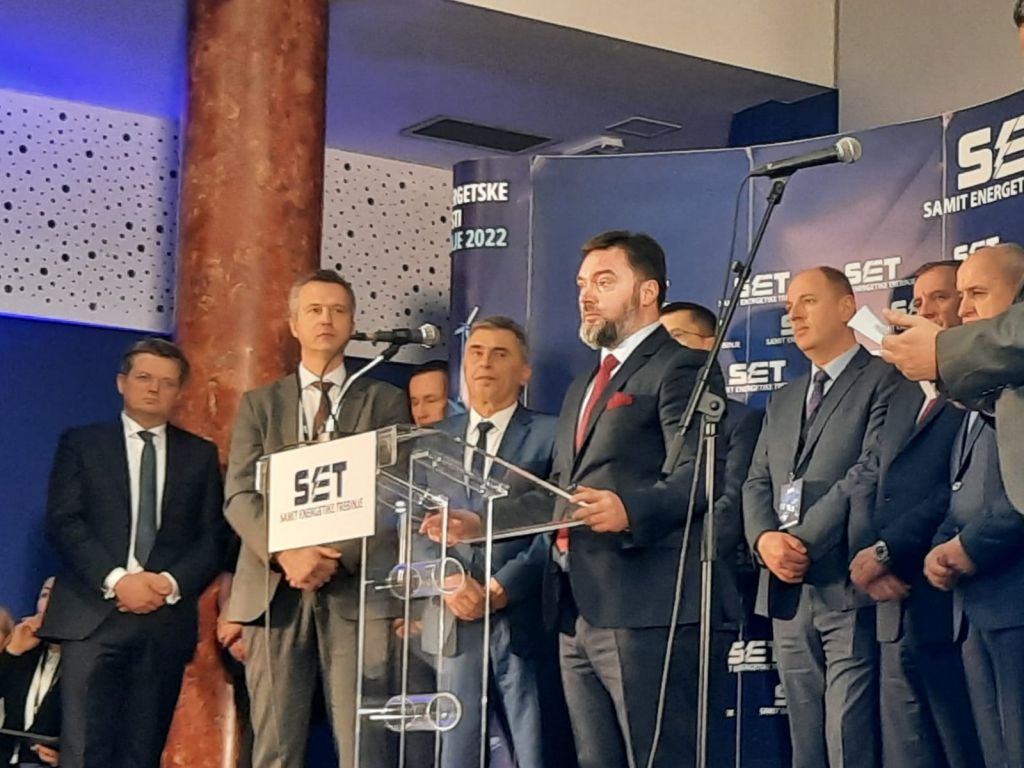 – In the market of electrical energy, natural gas, oil products and coal, an enormous increase in prices is evident, which further complicates the situation. The diversification of sources and supply security are the key priority in order to avoid an energy crisis and ensure smooth operations of the economy, but also the meeting of all citizens’ needs – Kosarac said.

The prime minister of RS, Radovan Viskovic, pointed out that, in the next days, Trebinje would be a place where experiences and vision of an energy future for the upcoming generations will be shared.

– During the summit, according to the program, this will be an opportunity to talk about numerous current energy topics, about the reduction of the emission of harmful gases from thermal power plants, which is a topic of remarkable importance for the entire humanity, to gasification and energy efficiency. I would like this gathering not to be just a gathering of people from the energy sector, but a place where new ideas will be created about what should be done in the years ahead of us to additionally improve the energy sector – Viskovic said at the opening of the summit.

The sponsors of this year’s three-day summit are the Government of Republika Srpska, the Ministry of Foreign Trade and Economic Relations at the Council of Ministers of BiH and Elektroprivreda Crne Gore.

The topics of this year’s SET will be: decarbonization of the energy sector of the Western Balkans, the role of state power companies in the transition of the energy sector in the region, development of gas pipeline infrastructure in the region in the function of supply security, and at the panels there will also be talk about the disturbances in the prices of electrical energy in the market and the challenges of the further liberalization of the market of electrical energy in the region, the balancing of energy from renewable sources in BiH and the region, the challenges of the implementation of the Emissions Trading System (ETS), energy efficiency, 4D trends in energy, the development of the infrastructure for electrical mobility, the establishment of mandatory reserves of oil and petroleum products.

Around 70 leading experts from the country and the region will take part in ten separate panels.

Considering that SET 2022 will gather, in one place, nearly all the most important companies from the energy sector of the region, it will, as the organizers pointed out, also be an ideal place for establishing new business partnerships and the presentation of products and achievements.

The entire program of the Summit can be viewed HERE.

You can read about the topics and the participants in our special section dedicated to the Trebinje Energy Summit.