Višković: Construction of dam and machine building of HPP ” Dabar” this year. 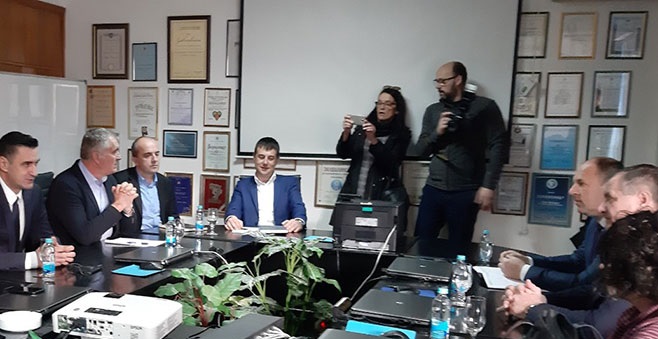 TREBINJE: Republika Srpska Prime Minister said that the construction of dam and machine building of HPP “Dabar” can be expected this year.

Following a meeting with the menagement of ” Elektroprivreda Republike Srpske”, and company HPP “Dabar” and HPP ” Trebišnjica” (HET), Višković announced that the end of the procedure for selecting a strategic partner for the continuation of the HPP ” Dabar” project can be expected within the next month.

To date, more than 100 million KM has been spent under ths project for tunnels, access roads and conctruction of electricity and water networks, Višković said.

He said thah the Chinese partners should submit final offer by 14. February, which will be considered by Republika Srpska Government.

Speaking about problems of HPP ” Trebišnjica” which arose from failure of HPP “Plat” near Dubrovnik, Višković emphasized that this is loss not only of the HPP “Trebišnjica” but the whole of Hercegovina.

“However, we didn’t sit cross-legged. Losses were reduced because HPP “Čapljina” Višković said.

The director of the company HPP ” Dabar ” Željko Zubac said that the public procurement process for the selection of partners for financing and construction of the remaining facilities of this hydropower plant is coming to an end.

He said that the estimated value of HPP ” Dabar ” is around 300 million euros.

Director of company “HET” Gordan Mišeljić said that the first machine at HPP ” Plat” should start operating on February 15th.